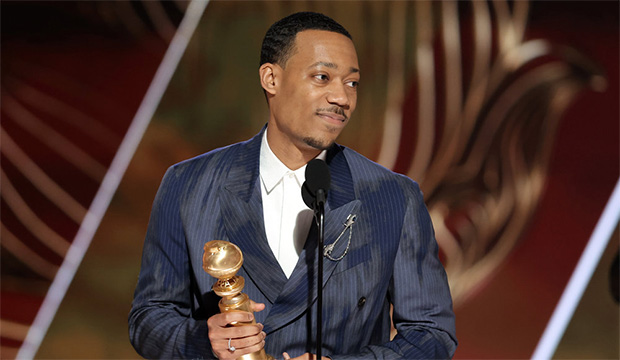 If you had “Abbott Elementary,” “The White Lotus” and “House of the Dragon” in your Golden Globes predictions, you likely did fairly well this year.

The corresponding Best TV Comedy Actress race turned out to be a big win, as predicted, for Quinta Brunson (“Abbott Elementary”). Her fellow nominees were Jenna Ortega (“Wednesday”), Jean Smart (“Hacks”), Selena Gomez (“Only Murders in the Building”) and Kaley Cuoco (“The Flight Attendant”).

SEEHow did Jerrod Carmichael do as 2023 Golden Globes host? [POLL]

Switching over to drama, the first award was for Best TV Drama Actress. And big congrats to … Zendaya (“Euphoria”)! This marked the superstar’s first Golden Globe after winning two Emmys. Her co-nominees were Imelda Staunton (“The Crown”), Emma D’Arcy (“House of the Dragon”), Laura Linney (“Ozark”) and Hilary Swank (“Alaska Daily”).

And the corresponding prize for Best TV Limited/Movie Supporting Actress was awarded to Jennifer Coolidge (“The White Lotus: Sicily”) just months after scoring her first Emmy. She beat out Niecy Nash-Betts (“Monster: The Jeffrey Dahmer Story”), Aubrey Plaza (“The White Lotus: Sicily”), Claire Danes (“Fleishman Is in Trouble”) and Daisy Edgar-Jones (“Under the Banner of Heaven”).

Now it was time for Best TV Movie/Limited Series Actress with — you guessed it — Amanda Seyfried (“The Dropout”) emulating her recent Emmy victory. Her other competitors were Lily James (“Pam and Tommy”), Jessica Chastain (“George and Tammy”), Julia Garner (“Inventing Anna”) and Julia Roberts (“Gaslit”).

Last up for the mini-movie acting races was Best TV Movie/Limited Series Actor, and the odds-on favorite, Evan Peters (“Monster: The Jeffrey Dahmer Story”), pulled off a major triumph. He beat out the likes of Taron Egerton (“Black Bird”), Andrew Garfield (“Under the Banner of Heaven”), Sebastian Stan (“Pam and Tommy”) and Colin Firth (“The Staircase”).

One of the biggest prizes of the night was Best TV Movie/Limited Series, with “The White Lotus: Sicily” prevailing for its second cycle after the first installment was strangely snubbed last year. The other nominated programs this year were “Monster: The Jeffrey Dahmer Story,” “The Dropout,” “Black Bird” and “Pam and Tommy.”

The last solo acting award of the night was Best TV Drama Actor. And the winner was … Kevin Costner (“Yellowstone”)! This marks his third career win after “Dances with Wolves” (1990) and “Hatfields & McCoys” (2012). The four also-rans in this category were Bob Odenkirk (“Better Call Saul”), Adam Scott (“Severance”), Jeff Bridges (“The Old Man”) and Diego Luna (“Andor”).

Drumroll please … the Best Comedy Series award was next and “Abbott Elementary” scored a major triumph. ABC’s elementary school sitcom embraces diversity through and through, so it makes perfect sense for the HFPA to want to honor it here tonight. The other comedy contenders were “The Bear,” “Only Murders in the Building,” “Wednesday” and “Hacks.”

If your DVR cut off because the ceremony ran long, you’ll be surprised to learn that the final TV award of the night went to Best Drama Series champion “House of the Dragon.” This was especially shocking since parent series “Game of Thrones” never won the top prize at the Golden Globes. Special shout-out to the four other nominees: “Severance,” “The Crown,” “Better Call Saul” and “Ozark.”