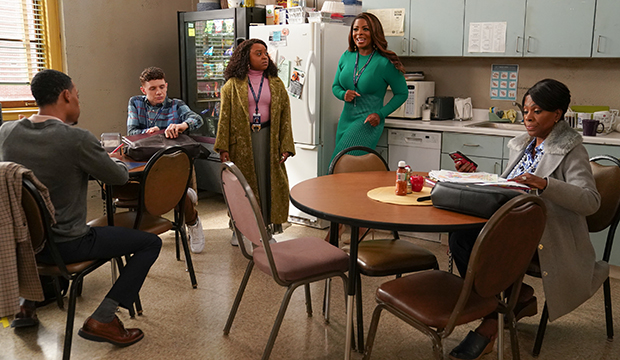 The early pickup should come as no surprise as the sitcom has been on a roll since its first season slowly took off last spring after debuting as a midseason replacement. “Abbott” is now ABC’s No. 1 show of the season, improving on its Season 1 ratings by 31 percent to a 3.58 in the all-important adults 18-to-49 demographic across platforms.

The news comes less than 12 hours after “Abbott” bagged three Golden Globes on Tuesday evening: Best Comedy/Musical Series, Best TV Comedy/Musical Actress for star and creator Quinta Brunson and Best TV Comedy/Drama Supporting Actor for Tyler James Williams. It is the first broadcast network show to win the comedy/musical series prize since “Brooklyn Nine-Nine” in 2014 and the first ABC show to win since “Modern Family” in 2012. Additionally, it’s the first comedy to win three Globes in one ceremony since “Glee” in 2011.

Three might be “Abbott’s” lucky number because it also won three Emmys in September for casting, writing for Brunson and supporting actress for Sheryl Lee Ralph, who delivered an instant classic speech.