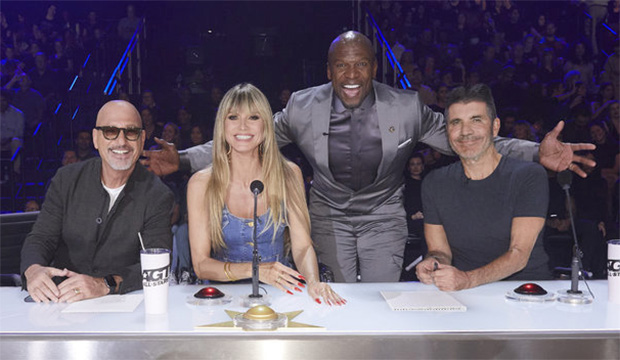 “America’s Got Talent: All-Stars” continued Monday, January 23 with the fourth set of 10 performances from some of the most beloved acts in “Got Talent” history. In this new spin-off, 10 artists perform each week for only two open spots from their group to advance to The Finals. Judges Heidi Klum, Simon Cowell and Howie Mandel and host Terry Crews send one of their favorites of the night through with a tap of the Golden Buzzer. The other spot is given to the act chosen by a selection of superfans across the country.

Eight all-star acts were eliminated after just one performance and will not advance to The Finals. Which of those performers do YOU think gave a performance worthy of continuing in the competition? Vote in our poll below to tell us who was wrongfully eliminated on January 23.

Heidi had control over this fourth Golden Buzzer and elected to bestow the automatic berth in The Finals to the young magician Aidan McCann. That decision grouped Aidan alongside the other Golden Buzzer choices this season: Howie for Light Balance Kids, Terry for Detroit Youth Choir and Simon for Mike E. Winfield.

At the end of the episode, it was revealed that the superfans had narrowed the remaining field of nine acts down to three: Power Duo, Ndlovu Youth Choir, and Darius Mabda. Ultimately, they favored Power Duo, sending them to The Finals with the four Golden Buzzer acts and the previous three acts to be voted through by the superfans: Bello Sisters, Aidan Bryant and Avery Dixon.