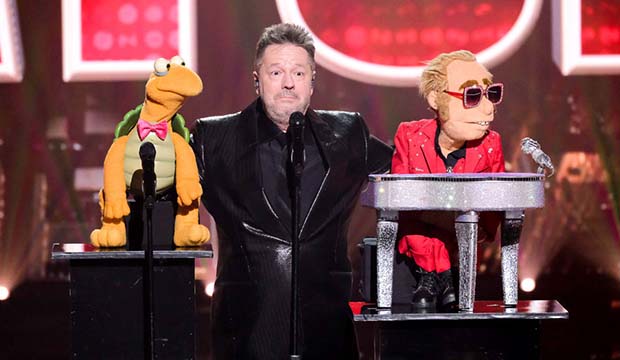 “America’s Got Talent: All-Stars” premiered Monday night with the first 10 acts performing for a coveted spot in The Finals. The new spin-off series features former “Got Talent” contestants from America and beyond, competing in a seven-week showdown to determine which ultimate all-star will claim the title of “Got Talent World Champion.” Longtime series judges Howie Mandel, Simon Cowell and Heidi Klum return to the judges’ panel with Terry Crews on stage for hosting duties.

In each of these first rounds, only two of the 10 acts will advance to The Finals. One will be hand-selected by one of the judges via the Golden Buzzer and the other picked by a collection of superfans from across the country. Last night Light Balance Kids received the Golden Buzzer and Bello Sisters won over America’s vote. Did America and the judges get it right? Below are my Top 10 rankings for Monday’s first episode of “AGT: All-Stars.”

10. Lioz Shem Tov: Quite possibly the most experienced in competing, Liox has competed on “Israel’s Got Talent,” “America’s Got Talent,” “Australia’s Got Talent,” “Britain’s Got Talent,” and “France’s Got Talent.” It comes as no surprise that this act was ready for another shot. The fact that he has his own show in Las Vegas shocked me but it is Vegas and there are a lot of AGT alum that end up hitting it big there. “You asked me to come,” he said. I love the deadpan humor and the utilization of a judge in one’s act so on paper this was right in my wheelhouse. The end result was a bit of a letdown for me. Ironically, the crowd and social media loved this act (as did Howie for the most part). Simon thankfully hit the red buzzer since he and I were on the same page.

9. Berywam: This act competed on the 14th season of “America’s Got Talent,” where they were a quarter-finalist, as well as “France’s Got Talent,” where they placed third in the 13th season. With fire in their eyes, the group returned to compete once more. With the most watched audition in AGT history and the fame that came after their run on the show, normal people may have given up. But this being Berywam, they want that title! You have to love a fighter! The performance electrified the crowd and it felt like the best mini concert that one could ever want to attend. Social media loved the performance as well with some saying if the Golden Buzzer was not already given, Howie would have smashed it for them.

8. Aneeshwar Kunchala: The resident poet of the 15th “Britain’s Got Talent” won the hearts and votes of the public and took his act stateside. There is no denying that Aneeshwar is adorable, but the icing on the cake is that he is a man on a mission to save the planet. My personal favorite part though was his ribbing of Simon before his act even began, which takes guts. Howie seemed especially impressed by this incredible child, giving him a standing ovation. Social media was in love with this act with many calling him a role model for children throughout the world. We could use a lot more people like him so I hope he does win over children and adults after this performance. Saying that, I had a feeling that everyone ranked above him had a better shot at advancing…I was not wrong.

7. Bello Sisters: The 15th season of “America’s Got Talent” represented tonight with multiple acts, but this act, which was a finalist that year, returned better than we have ever seen them. Tackling a trick that they had not yet done on television, the courage and strength of the trio once again shone like nothing else. They can work a crowd like no other (and are the only acrobatic act that does not scare the hell out of me in all honesty). Social media loved the act as well. They were the first act of the night and gave a performance that could win a finale in a normal season. In a nail bitter of a result, they advanced over “AGT” O.G. Terry Fator, surprising many.

6. Jeanick Fournier: A “Canada’s Got Talent” winner in 2022, this gifted singer took a chance on the AGT stage, reuniting her with Howie, who is a judge on both shows. Her performance if “I’ll Never Love Again” by Lady Gaga was a perfect example of the song matching the talent level of the singer — and Jeanick blew the roof off of the building. With a voice like that, the world is her oyster. The judges loved the performance as much as social media did with many calling her the one to beat. She reminded me a lot of Celine Dion, which is a major compliment.

SEE ‘America’s Got Talent: All-Stars’: Who was wrongfully eliminated on January 2? [POLL]

5. Light Balance Kids: Since we last saw Light Balance Kids on the AGT stage in season 14, the act has only gotten better. It is also worth noting that the act has competed on “Ukraine’s Got Talent” and “Das Supertalent” to great success, but no wins. I did not recognize Light Balance Kids at first. It is easy to forget that the war in the Ukraine has such an effect on the younger citizens there. The crowd, judges and social media loved this performance, so it’s no surprise if it goes viral sooner than later. To quote Simon, “If anything defines an all-star, it’s that performance.” Howie agreed and off to the finale they go after receiving his Golden Buzzer.

4. Jimmie Herrod: The angelic voice of Jimmie, last seen on the AGT stage as a season 16 finalist, returned to our screens once more. The crowd was beyond excited to see him return, but nobody more than Heidi. The song choice of “Glimpse of Us” was perfect. Just Jimmie and a piano is all he needed to create one of the best performances of the night. Receiving a standing ovation from the judges and the crowd, Simon summed it up best saying, “That was just brilliant. Absolutely brilliant.” Howie called him the best male vocalist in the show’s history, noting the power rested in the superfans.

3. Alan Silva: A top-five finisher of “America’s Got Talent,” the aerialist is no stranger to the AGT stage. His confidence level was very high (which seemed to turn people off on social media), but I personally loved it. This daredevil makes it look so easy — flying around up there doing incredible tricks. His last one might have been his best ever. Simon called Alan’s performance the best of his AGT career so far. Social media was clearly impressed with many calling him the one to beat.

2. Caly Bevier: Caly was last seen on the AGT stage in the 11th season where she became a semi-finalist. Recapping her backstory, new and old fans alike were reminded that Caly has the X Factor in spades. Performing an original song was a bold choice. The lighting was over the top, but people seemed to love the staging of it all. Cue the confetti and the reprise of “Fight Song” for the viewers at home and this was an A+ audition. Halsey 2.0? Welcome home Caly, AGT missed you, but not enough for you to advance just yet.

1. Terry Fator: The winner of the second season of “America’s Got Talent” is no stranger to the AGT stage. He has made many guest appearances since his win and headlines one of the most successful shows in Las Vegas. Looking to continue his winning ways, Terry returned to the AGT stage as a contestant. He seemed shocked by the reception that he received for just walking out. Singing Andrea Bocelli’s “The Prayer” and a puppet version of Sir Elton John rocking out to “Rocketman,” Terry proved why he’s an AGT legend. I’m definitely curious to see if he comes back as a wild card for the finale.