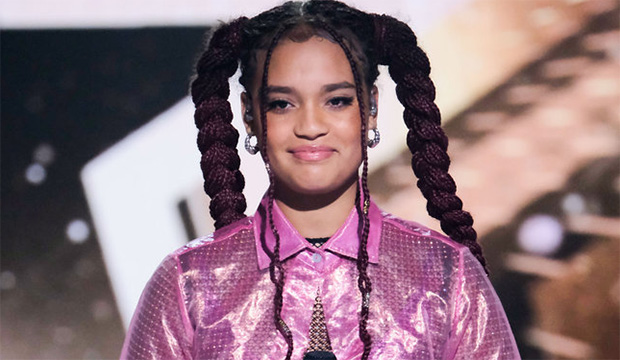 “America’s Got Talent: All-Stars” continued Monday, January 9 with the second set of 10 performances from some of the most beloved acts in “Got Talent” history. Two more acts advanced to The Finals based on those initial performances: Detroit Youth Choir received the Golden Buzzer from Terry Crews and Aidan Bryant was voted through by a secret group of superfans. They join Light Balance Kids and Bello Sisters who both advanced  on the January 2 premiere. Monday’s results left eight all-star acts on the cutting room floor without a chance to be named “Got Talent World Champion.”

We asked “Who was wrongfully eliminated on January 9?” and “AGT” fans were not all on the same page! In our recent poll results, only 39% of voters agreed that singer Sara James, Simon Cowell‘s Golden Buzzer act from season 17, was the performer most wrongfully eliminated this week. Those voters believe that the Polish singer’s pop rendition of the Harry Styles hit “As It Was” was deserving of a spot in The Finals. Sara’s fans outvoted the other seven, but not by much.

Here are the complete poll results for who fans think was wrongfully eliminated this week:

At the end of the January 9 episode, it was revealed that the superfans had narrowed the field of nine remaining acts down to three: Aidan Bryant, Divyansh & Manuraj, and Vitoria Bueno. Ultimately, they favored the danger act once again and sent Aidan to The Finals. Musical collaborators Divyansh & Manuraj who won season 9 of “India’s Got Talent” placed second in the vote and dancer Vitoria Bueno who was runner-up on season 15 of “Das Supertalent” was revealed as the third place finisher.

Ahead of Divyansh & Manuraj and Vitoria in our poll were “AGT” season 16 champion Dustin Tavella and season 11 finalists Malevo, an Argentinian dance crew. Together with Divyansh & Manuraj, Dustin is yet another former champion that has fallen in the competition. Last week both Terry Fator and Jeanick Fournier were also eliminated.

Aidan surpassed Dustin this season after coming in second place to him in the final results of season 16. That marks a trend for the season that started on the premiere when Bello Sisters were able to outlast aerialist Alan Silva who had previously placed higher than them on season 15. We’ll have to wait until next week to see if the trend of redemption continues when the third group of 10 acts perform for the next two spots in The Finals.