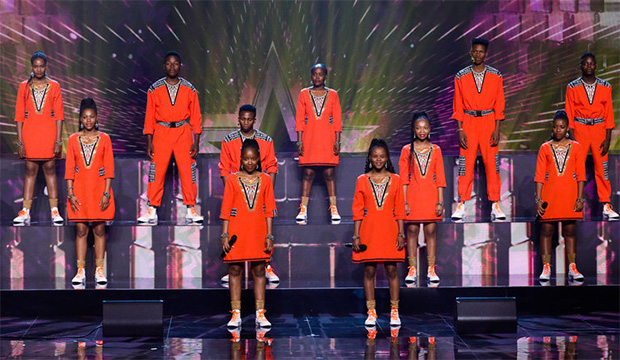 “America’s Got Talent: All-Stars” continued Monday, January 23 with the fourth set of 10 performances from some of the most beloved acts in “Got Talent” history. Two more acts advanced to The Finals based on those initial performances: Aidan McCann was Heidi Klum‘s Golden Buzzer recipient and Power Duo was voted through by a secret group of superfans. They join Mike E. Winfield and Avery Dixon from the January 16 installment, Detroit Youth Choir and Aidan Bryant from the January 9 episode, and Light Balance Kids and Bello Sisters from the January 2 premiere. Monday’s results left eight all-star acts on the cutting room floor without a chance to be named “Got Talent World Champion.”

We asked “Who was wrongfully eliminated on January 23?” and “AGT” fans agreed in their disbelief that Ndlovu Youth Choir did not advance to The Finals. Despite being one of the top three acts in the superfans vote, the choir from South Africa finished in second place to the acrobatic dancers of Power Duo. Fans united after the episode by giving 37% of their votes in our poll to Ndlovu Youth Choir, which is twice as many votes as any of the other acts received.

Here are the complete poll results for who fans think was wrongfully eliminated this week:

At the end of the episode, it was revealed that the superfans had narrowed the remaining field of nine acts down to three: Ndlovu Youth Choir, Power Duo and Darius Mabda. Based on our poll results, fan opinions differ greatly from the secret superfans. Only 7% of voters in the poll believe Darius deserved to advance, preferring four other acts that did not place as high as him with the voters on the show. After Ndlovu, cellists Emil & Dariel and singer Cristina Rae were the next favorite acts.

Cristina received Heidi’s Golden Buzzer during her original season, but voicing confidence that Cristina would be successful with the superfans, Heidi decided to let her fate be decided by them. If Heidi had intended for Cristina to advance, then she guessed wrong in which direction the superfans would go. Simon Cowell was also visibly surprised by the superfans vote for Power Duo despite loving them after their daring and dynamic aerial dancing routine.