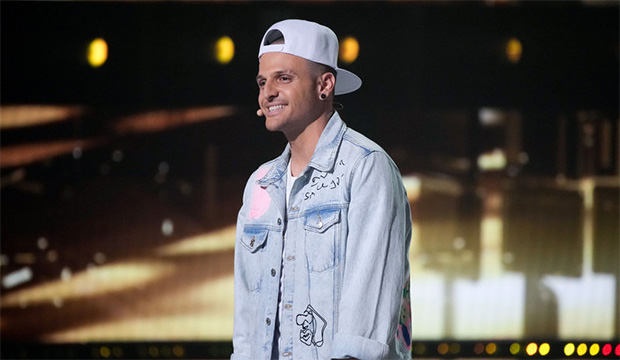 Episode 2 of “America’s Got Talent: All-Stars” airs Monday, January 9 on NBC, with the second set of 10 acts (out of 60 total acts) taking the stage in front of judges Simon Cowell, Howie Mandel and Heidi Klum and host Terry Crews. Remember, only two of these 10 contestants will advance to the Finals: one via the Golden Buzzer and one thanks to the “AGT” superfans, whose votes are revealed at the end of the episode. That means the other eight artists will sadly be cut from the competition.

So who’s performing on January 9 on “America’s Got Talent: All-Stars”? NBC has confirmed to Gold Derby the identities of all of the upcoming acts. They are:

Divyansh and Manuraj
Music act from “India’s Got Talent” 2022

Tone the Chief
Singer from “America’s Got Talent” Season 8

Remember, any act from any country (including past winners) are eligible to compete on “AGT: All-Stars.” Episode 2’s lineup will spotlight one such champion: Dustin Tavella, a magician from “America’s Got Talent” Season 16, who rose to fame by telling personal stories with his illusions. U.S. viewers will also no doubt remember Sara James, a singer who earned Simon’s Golden Buzzer last year.

NBC’s latest reality TV show is a spin-off of the popular summer series “America’s Got Talent.” “All-Stars” debuted on January 2, 2023 with two acts advancing to the finale: Light Balance Kids (via Howie’s Golden Buzzer) and Bello Sisters (via the superfan voters). Who will join them? Stay tuned.

In a recent video trailer for the season premiere, Terry proclaimed that “Got Talent” shows “have created some of the biggest stars on the planet.” That’s certainly true — just look at the Las Vegas strip any day of the week. Terry continued on, “Over the next eight weeks, the best talent from America and across the globe will gather in the most competitive battle in ‘AGT’ history to claim the title of ‘Got Talent’ World Champion.”