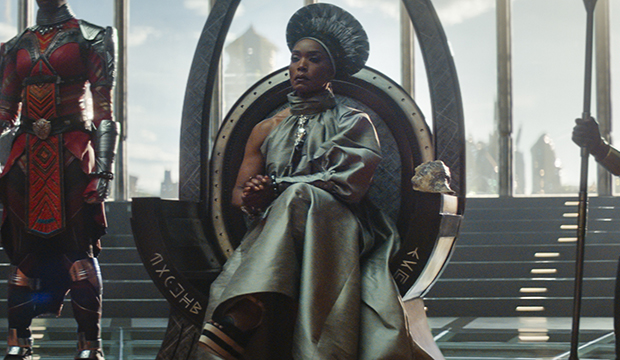 You might have thought the Marvel Cinematic Universe peaked with “Avengers: Endgame” (2019), but the extended universe ruled by Kevin Feige has reached yet another impressive milestone. On Tuesday, Angela Bassett became the first actor in an MCU film to earn an Academy Award nomination for their performance.

Bassett, who previously received a Best Actress nod for her portrayal of Tina Turner in 1993’s “What’s Love Got to Do With It,” was nominated for Best Supporting Actress for her commanding turn as Wakanda’s Queen Ramonda, the indomitable mother of T’Challa (the late Chadwick Boseman) and Shuri (Letitia Wright), in “Black Panther: Wakanda Forever.” The film, which was directed by Ryan Coogler and follow’s Shuri’s emotional journey as she becomes the new Black Panther in the aftermath of T’Challa’s death, was a touching, exciting follow-up to 2018’s “Black Panther,” the first and only MCU film to have been nominated for Best Picture.

In “Wakanda Forever,” Bassett, who’s already won the Golden Globe and Critics Choice Award, brings gravitas to a grieving mother who must find a way to lead her country in the wake of her son’s death and amid pressure from powerful outside forces. The film picked up five nominations total.

Recognized alongside Bassett in the Best Supporting Actress race are other MCU alums, Kerry Condon and Stephanie Hsu. Condon voiced F.R.I.D.A.Y., Tony Stark’s (Robert Downey Jr.) user interface in his Iron Man suit, in several Marvel films. The “Better Call Saul” actress was nominated for her work in Martin McDonagh’s “The Banshees of Inisherin.” Hsu, who was nominated for “Everything Everywhere All at Once,” played Soo in “Shang-Chi and the Legend of the Ten Rings” (2021). They are joined in the category by Hong Chau (“The Whale”) and Jamie Lee Curtis (“Everything Everywhere All at Once”).

Although Bassett is the only MCU actor to snag an Oscar nom for their performance in an MCU film, a couple actors who have appeared in the expansive film and TV franchise — or who soon will — were recognized for their work elsewhere. Michelle Yeoh, who starred opposite Simu Liu in “Shang-Chi and the Legend of the Ten Rings” (and who cameoed in 2017’s “Guardians of the Galaxy Vol. 2,” because one Yeoh appearance is not enough) and Ke Huy Quan, who will make his MCU debut in the second season of the Disney+ series “Loki,” scored nominations for their work in the popular movie “Everything Everywhere All at Once.” Yeoh is nominated for Best Actress, while Quan is in Best Supporting Actor. Quan is up against two MCU stars and first-time nominees, Brian Tyree Henry (“Causeway”) and Barry Keoghan (“The Banshees of Inisherin”), who co-starred in “Eternals” (2021).

With this year’s nominations, the number of MCU actors who’ve received Oscar noms — either for their work in an MCU film or elsewhere — now closes in on 90.