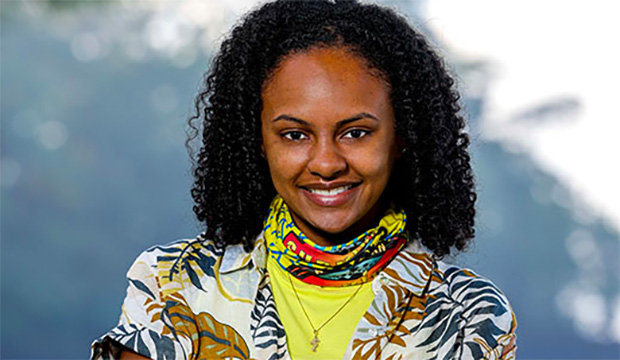 The rumors are true. Sandra Diaz-Twine‘s daughter Alanna “Nina” Twine is back when “Australian Survivor” returns for its 10th season on Network 10. The iconic duo played together last year on “Blood V Water,” but Nina had to be medevaced when she hurt her ankle. Now, the show is producing a “Heroes V Villains” installment with Nina on the Heroes tribe (Queen Sandra is not participating). Scroll through our gallery above (or click here for direct access) to see the “Australian Survivor: Heroes V Villains” cast photos for all 24 participants.

This “Heroes V Villains” installment is scheduled to premiere on January 30, 2023, with 11 returning players and 13 new castaways divided into two tribes based on how they live their lives or how they previously played the game, either as Heroes or Villains. It’s based on the popular 20th season of the American version of the show, which Villains tribe member Sandra ultimately won. Once again, Jonathan LaPaglia is back as host of the Aussie program, which was filmed in Samoa in Fall 2022.

SEEEverything to know about ‘Survivor 44’

The most recent American season, “Survivor 43,” ended with Mike Gabler winning at the end of the December 14 finale. Did the jury get it right? In our recent poll, we asked viewers to name who “deserved” to earn the title among the Final 3 and Gabler led with 38% of the vote, compared with Cassidy Clark in second place at 36% and Owen Knight in third place at 26%.

Longtime U.S. host Jeff Probst recently announced that “Survivor 44” will premiere on CBS on Wednesday, March 1, 2023. Once again, the show will strand 18 brand new castaways on a deserted island in Fiji, where they will vote each other out until only one remains as the ultimate winner.