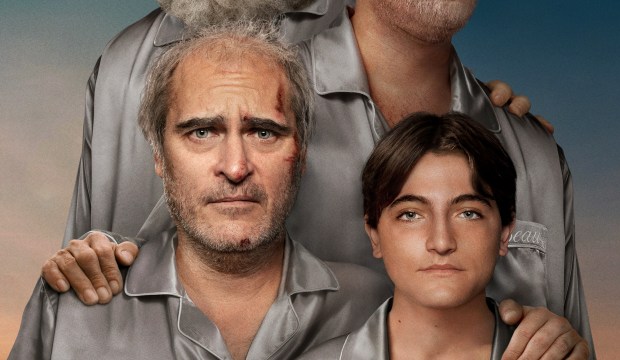 In the spring of last year, A24 released a genre-bending, worlds-spanning feature that seemed to defy convention and classification – and the studio was rewarded with its biggest box office returns ever and enough critical praise and online buzz to sustain into awards season. That isn’t to say “Beau Is Afraid,” Ari Aster’s new from A24 will put out this spring, is destined to become “Everything Everywhere All At Once,” but the similarities are unavoidable – at least judging solely on the just-released trailer.

Once called “Disappointment Blvd.,” Aster’s latest film stars Oscar winner Joaquin Phoenix as the title character, “a paranoid man who embarks on an epic odyssey to get home to his mother,” according to A24. The studio is calling Aster’s movie – his third feature after horror films “Hereditary” and “Midsommer” – “bold and ingeniously depraved,” and the trailer plays up those elements, with Phoenix thrown into a variety of heightened situations that range from action to comedy to horror – all captured with a surreal aesthetic that, at least in marketing form, recalls the work of Charlie Kaufman.

In addition to Phoenix, “Beau Is Afraid” stars Nathan Lane, Patti LuPone, Amy Ryan, Kylie Rogers, Parker Posey, Stephen McKinley-Henderson, Hayley Squires, Michael Gandolfini, Zoe Lister-Jones, and Richard Kind. A24 is scheduled to release the film on April 21, meaning a potential world premiere at the South by Southwest Film Festival in Austin, Texas – where “Everything Everywhere” got its ballyhooed start – is at least on the table.