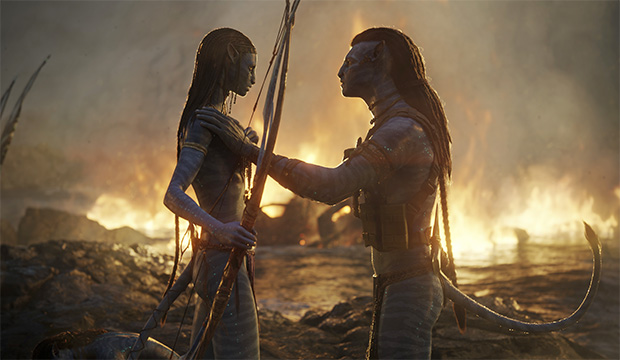 The first full weekend of 2023 began with a few surprises, not just from the only new wide release of the year in theaters, but also a number of movies from 2022 that continue to do big business.

James Cameron’s “Avatar: The Way of Water” crossed the $500 million mark in its fourth weekend in theaters, remaining in first place with an estimated $45 million, down just 32% from last weekend. That’s a much smaller drop than most pre-Christmas releases might get on this weekend, including last year’s “Spider-Man: No Way Home.” Thus far, Cameron’s fantasy sequel has grossed $516.8 million domestically

It has also passed the $1.7 billion globally with another $132.6 million internationally, having surpassed the global record set by “Top Gun: Maverick” in 2022. To be fair, “Top Gun” never opened in China, as “Avatar” has, counting for $188 million of its global take. $189 million of that global take came from IMAX screenings of “Avatar.”

The big new release for the weekend was Universal and Blumhouse’s high-concept horror film “M3GAN,” starring Allison Williams (“Get Out”), which played on the idea of kids’ dependence on technology. Opening in 3,509 theaters, it made $2.8 million in Thursday previews and then $11.7 million on Friday, which was enough for it to be #1 its opening day. “M3GAN” scored an estimated $30.2 million, the highest opening for a January horror film since 2012’s “The Devil Inside.” “M3GAN” added another $10 million internationally in 34 territories, bringing its global total to $45 million.

Co-written and produced by James Wan, the movie came into the weekend with exemplary reviews, racking up a 94% on Rotten Tomatoes, which would once have been unheard of for a horror film, but is getting less rare. (“Barbarian,” “X” and “Pearl” all managed to score as well with critics in 2022.) Audiences gave the movie a slightly lower score, as well as the movie receiving a “B” CinemaScore, but it should continue to hold well through the month based on repeat viewings and word-of-mouth.

“Puss in Boots: The Last Wish” added another $13.1 million, down 22%, despite having been released on demand last week. It has now grossed $87.7 million after three weeks in theaters, on its way to becoming the first movie of 2023 to pass the $100 million mark domestically. It has already passed that mark overseas, with another $25.9 million internationally this weekend for a global take of $197.4 million.

After a platform release in New York and L.A. last weekend, Sony expanded Tom Hanks’ drama “A Man Called Otto” into 637 theaters on Friday, where it immediately saw a spike in business to the point where it took fourth place with an impressive $4.2 million, or $6,593 per theater. It’s a great lead-in to the movie’s nationwide release into 3,500 theaters on Friday.

“Black Panther: Wakanda Forever” dropped to fifth place with $3.4 million, down 34% from last weekend with $445.44 million grossed domestically after nine weeks in theaters.

“Whitney Houston: I Wanna Dance with Somebody” took sixth place with $2.4 million, down 39% from its previous weekend with $19.7 million grossed domestically.

A24 seems to be going for the slow roll approach to releasing Darren Aronofsky’s “The Whale,” as it added a few hundred more theaters this weekend to remain in seventh place with $1.5 million, up a little bit from last weekend. It has grossed $8.6 million thus far.

It ended up just ahead of Damien Chazelle’s “Babylon,” which dropped 46% to eighth place with $1.4 million with just $13.5 million grossed thus far. Barring any surprise SAG or Oscar nominations, this one is dead, Jim.

The majority of players in Gold Derby’s box office prediction game correctly picked “Avatar 2” to be #1 once again;  it just barely made it into the $25 to 50 million range, which was also predicted by most players. Most players also picked “M3GAN” for second place and “Puss in Boots” for third, but “The Man Called Otto” got such a last-minute wide expansion that ZERO players had it for fourth place, even as a “None of these” choice. Only about half the players had “Black Panther” taking fifth place.

Seven players went 6 for 6 in the December 30 game, but “Martin” was the clear winner with the most points.

Next weekend sees the release of three new wide releases on top of “A Man Called Otto” expanding nationwide, so check back on Wednesday for the weekend box office preview.