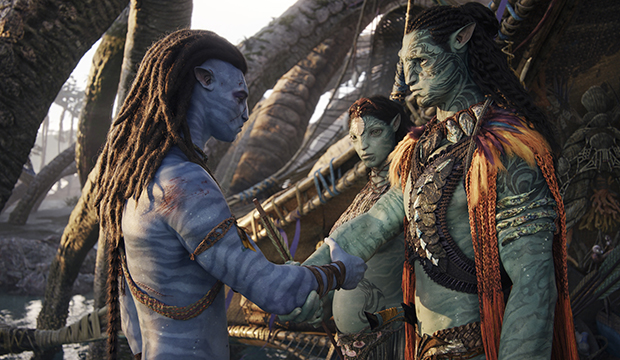 The second weekend of January saw another four-day holiday weekend to celebrate the life and work of the late Martin Luther King Jr., and things continue to do well at the box office with a number of strong films.

As expected, James Cameron’s “Avatar: The Way of Water” remained on top, bringing in an estimated $31.1 million over the three-day weekend (down 32%) and a projected $38.5 million for the four-day weekend. That helped Cameron’s movie cross the $570 million mark, which puts it ahead of Disney’s 2019 “The Lion King” remake, as it heads towards the $600 million milestone. Disney now has 16 of the 20 all-time highest-grossing movies domestically.

SEE Best Picture Oscar: How will box office play into this year’s race, if at all?

Overseas, “Way of Water” added another $88.6 million through Sunday, which puts its global total to $1.89 billion. China is the big international winner with $211.8 million just from the Middle Kingdom, but France and Germany have each surpassed $100 million as well.

The hit horror film, “M3GAN,” continued to hold strong in second place with an estimated $17.9 million in its second three-day weekend (down 41%) with $21.2 million projected over the four-day weekend. That would put the horror film just below $60 million domestically after just ten days. The movie is doing well overseas, as well, where it added another $15.4 million to bring its global total to $90.7 million.

Universal also held third place with the animated sequel, “Puss in Boots: The Last Wish,” which made $13.4 million this weekend, just slightly down from last weekend. With Monday, “Puss in Boots” is projected to make $17.3 million, which would puts it at $110.3 million domestically since opening before Christmas. Overseas, the animated movie has grossed $141 million, with another $19.8 million added overseas over the three-day weekend.

The Tom Hanks dramedy “A Man Called Otto” got a nationwide expansion into 3,802 theaters on Friday after a slow roll-out by Sony. It was ahead of “Puss in Boots” on Friday with $4 million to the latter’s $3 million, but it ended up in fourth place with an estimated $12.6 million over the three-day weekend and a projected $15 million including Monday. Hanks’ latest received mixed reviews from critics, with 68% on Rotten Tomatoes, though the significantly higher 96% Audience Score tells another story. The movie clearly had more interest outside New York and L.A. where it received a weak platform release in late December.

The action-thriller “Plane,” teaming Gerard Butler and Mike Colter, went into the weekend with strong reviews at 73% on Rotten Tomatoes. Lionsgate released the movie into 3,023 theaters, where it made an estimated $10 million over the three-day weekend and $11.6 million for the four-day holiday. Its $3,837 per-theater average is just behind that of “Otto.” “Plane” received a decent “B+” CinemaScore, and its 95% Audience Score on Rotten Tomatoes also points to the movie finding more favor among moviegoers.

New Line released its comedy remake, “House Party,” into 1,400 theaters, which wasn’t bad considering that it was originally meant to stream on HBO Max. Co-written by Stephen Glover, the Emmy-nominated showrunner of Donald Glover‘s “Atlanta,” the movie received terrible reviews with just 25% on Rotten Tomatoes. Yet, it still opened in sixth place with an estimated $3.9 million with a projected $4.5 million over the four-day weekend.

A24 expanded Brendan Fraser’s drama, “The Whale,” into 1,500 theaters on Friday where it brought in an estimated $1.4 million and $1.8 million, including the holiday Monday. The Darren Aronofsky-directed film has made $11.1 million so far, with more room for expansion after Oscar nominations are announced.

IFC Films gave Kyle Edward Ball’s microbudget horror film, “Skinamarink,” a wide release into 692 locations where the TikTok sensation grossed $746,000 with a projected $798,000 including Monday. It averaged about $1,153 per theater, despite word of sell-outs in bigger cities on Thursday and Friday.

A movie that didn’t do nearly as well was the Samuel Goldwyn faith-based thriller, “The Devil Conspiracy,” which opened in 925 theaters with less fanfare than other movies. It ended up making $414,000 over the three-day weekend and $470,000 including Monday. That’s only about $500 per theater.

Most players in the box office prediction game knew that “Avatar” and “M3GAN” would be the #1 and #2 movies again, and a majority also picked “Puss in Boots” in third place. Fourth and fifth place were more spread out, although the majority of players also had “Otto” and “Plane” in those slots.

“A Man Called Otto’s” surprise expansion last weekend ensured that no one went 6 for 6 in the January 6 game, but congrats to “Kraju,” who led those with 5 out of 6 correct, by putting his Super Bet on “Avatar” making between $25 and 50 million, thereby earning the most points.

On Friday, the semi-sequel “MISSING” is released, as is Anna Kendrick’s “Anna, Darling,” so check back on Wednesday to see what else is coming out next weekend.