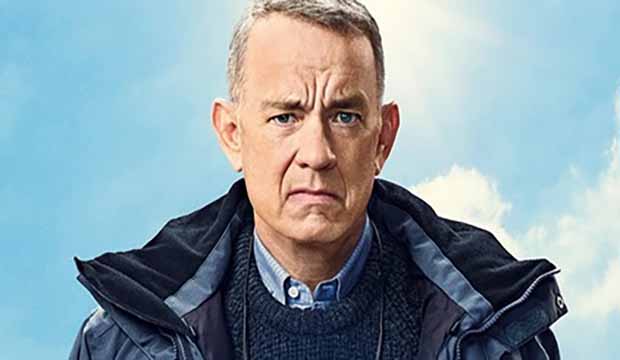 After a great start to the New Year, the Martin Luther King Jr. holiday weekend offers another four-day weekend, which has often been the best week in the month of January to have a substantial hit. Read on for Gold Derby’s box office preview.

Three years ago, Will Smith and Martin Lawrence reunited for “Bad Boys for Life,” a movie that opened with $73 million over the four-day weekend. Two months later, COVID hit and movie theaters shut down, allowing that buddy comedy to become the biggest hit of 2020 with just $204.5 million in North America.

Even before that, this holiday weekend has seen sizable hits, including Clint Eastwood’s “American Sniper” in 2015 and the original “Ride Along,” starring Ice Cube and Kevin Hart, a year earlier.

Going into the weekend, most may just have to accept that “Avatar: The Way of Water” and  “M3GAN” will likely remain the #1 and 2 movies, with “Avatar” probably making $36 million or more over the four days and “M3GAN” doing around $20 million.

Tom Hanks’ “A Man Called Otto” will expand to 3,500 theaters this Friday, continuing the renaissance Hanks seems to be having since his appearance in Baz Luhrmann’s “Elvis” last year.  His performance in that may have received mixed reviews, but that movie still did decent business in theaters. Based on the book and Oscar-nominated Swedish film, “A Man Called Ove,” Otto is a great character role for Hanks, who is playing a cranky widower trying to get along with his neighbors. In fact, “Otto” is relying almost solely on Hanks, and so far, it’s paying off with a fourth place showing this past weekend in just 637 theaters despite getting mixed reviews from critics.

Whenever a movie expands – and particularly into 3,000 more theaters, as is the case with “Otto” – the per-theater average will come down, and that could limit Hanks’ latest to $11 or 12 million over the four-day weekend. Normally, that might good enough for third place, although it’s going up against “Puss in Boots,” which is still bringing in substantial business as the only family movie in theaters.

Another new release is New Line’s modern update of “House Party,” which has Jacob Latimore (“Detroit”) and Tosin Cole (“Doctor Who”) playing friends who decide to throw a house party… in Lebron James’ mansion! (James is a producer on the film, as he was on 2021’s “Space Jam: A New Legacy.)

“House Party” is a different beast from “Space Jam,” in that its only connection to the popular 1990 comedy, starring Kid ‘n’ Play, is that great title and same general premise. That movie led to an ongoing franchise that extended through four other films, including 2013’s direct-to-video “House Party: Tonight’s the Night.” That’s the main strength behind this movies, which was once meant to only stream on HBO Max, and it doesn’t help by not having any big name stars, making this a tougher sell to younger audiences, who may not know the original “House Party” movies. Even, New Line is only releasing the movie into roughly 1,500 theaters this weekend, and there are no reviews yet, which does not bode a lot of confidence in the comedy.

Even though that low theater count might be alarming, it’s actually the norm for Black comedies that will focus a movie’s release on larger cities where there may be more interest and demand. Because of that, I could see “House Party” making somewhere between $5 and 8 million over the four-day MLK holiday.

Lionsgate knows how well buddy comedies have done on this weekend, but that is not how one might describe “Plane,” a high-concept action-thriller that teams Gerard Butler and Mike Colter (“Luke Cage”), as an airplane pilot and the prisoner his flight is carrying when they crash on a remote Pacific island and encounter deadly armed rebels. “Plane” is opening in 2,900 theaters, which is less than Butler’s last theatrical release, “CopShop,” in September 2021. That only made $5.2 million total domestically when it was released earlier into the pandemic, while Colter appeared in the thriller, “Fatale,” which also tanked, but that opened in December 2020, when theaters in some places hadn’t reopened.

Both actors had stronger releases in 2019, Butler with “Angel Has Fallen,” which grossed $69 million in the late summer, and Colter with the police drama, “Black and Blue,” which made $22 million. Putting them together might make this a potential choice for 20-to-30-something guys who aren’t necessarily into the idea of a “House Party” remake or a Tom Hanks movie, but it’s doubtful this will even bring in $7 million over the four-day holiday. (Early reviews for the movie are generally mixed-to-positive, so far.)

There’s also “The Devil Conspiracy,” a “Da Vinci Code”-style thriller, directed by Nathan Frankowski, that Samuel Goldwyn is releasing in an undisclosed number of theaters nationwide. With no name stars and not much in the way of promotion, it will be remarkable if this manages to make more than $1.5 million over the four-day weekend. That should still be enough to get into the top ten.

Check back on Sunday to see how the above movies fared over the four-day weekend.