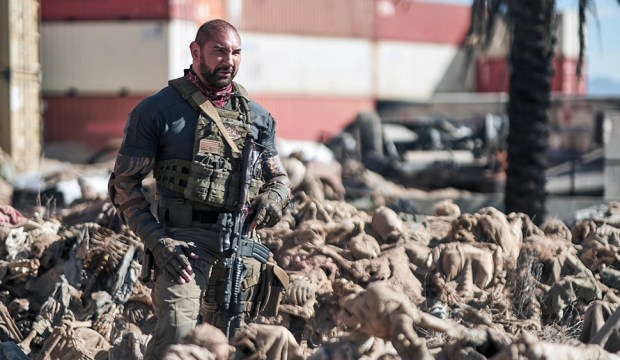 Dave Bautista, the retired WWE champ and “Guardians of the Galaxy” actor, spoke recently with GQ magazine while promoting Netflix’s mystery-comedy “Glass Onion: A Knives Out Mystery” and M. Night Shyamalan’s upcoming thriller “A Knock at the Cabin.” The 53-year-old performer spoke of being in a period of transition right now, with a goal of emerging as a well-respected actor. He suggested that his time in superhero movies may be over.

“I’m so grateful for Drax. I love him,” he said of the extremely literal blue space alien from James Gunn’s pocket of the Marvel Cinematic Universe. “But there’s a relief [that it’s over]. It wasn’t all pleasant. It was hard playing that role. The makeup process was beating me down,” he added.

Bautista continued, saying, “And I just don’t know if I want Drax to be my legacy — it’s a silly performance, and I want to do more dramatic stuff.”

This year will see the final entry in the “Galaxy” trilogy, as well as the second half of Denis Villeneuve’s “Dune” duology. “If I could be a number one [on the callsheet] with Denis, I would do it for fucking free,” Bautista said. The two first worked together on “Blade Runner 2049.” While the wrestler-turned-actor had credits in film and television beforehand, “Blade Runner” was his first bit of casting that used him as more than just a slab of muscle.

“I never wanted to be the next Rock,” the Tampa, Florida-based Bautista said in the interview, comparing himself to the world’s most famous WWE alumni. “I just want to be a good fucking actor. A respected actor.”