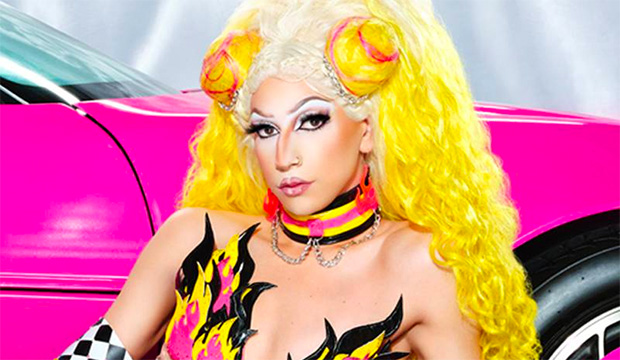 At the end of episode 3 of “RuPaul’s Drag Race” season 15 on January 13, San Francisco-based Princess Poppy received the dreaded “sashay away” from RuPaul Charles. She went head-to-head against Amethyst in the Lip Sync for Your Life to a disco version of “Ain’t No Mountain High Enough” by Diana Ross.

We asked in a recent poll if the judges made the right decision and more than half of fans were in agreement that Amethyst should have been given the chop instead of Poppy. Amethyst was also the fan choice to go home after episodes 1 and 2 based on our poll following the premiere. Then only 40% thought she should have gone home instead of Irene Dubois, but this week a larger percentage were convinced it was her time to go.

Here are the complete poll results for who fans think should have been eliminated this week:

Amethyst and Poppy were grouped together in this week’s maxi challenge alongside Loosey LaDuca, Aura Mayari and Spice. Poppy took the lead in writing an infomercial for a queer heaven that included a lot of “blue humor,” but the judges thought that both her and Amethyst did not take the jokes far enough and missed the mark in comedic timing. Poppy took a second hit from the judges when they critiqued her “Metallica” category runway look as too simple–indeed it was just an unadorned shiny blue bodysuit with a matching wig.

Safe, but also in the bottom three was Jax who had scored in the top three the previous week. She took the lead on a team that was jokingly regarded as “the leftovers.” They were the five girls that were not chosen by team leaders Amethyst and Anetra to be on either of the first two teams. Despite taking the leadership role, Jax failed to insert herself into their skit and let her teammates Sugar, Mistress Isabelle Brooks, Robin Fierce and Malaysia Babydoll Foxx outshine her.

Jax is the likeliest candidate to be in the minds of the 5% that voted “Other,” but anyone else from the leftovers team could qualify. Or perhaps those voters are considering the queens that made the least impressive impact on the runway, like Salina EsTitties whose street lamp/sign-inspired look was a total head scratcher. Only 3% of voters wanted the judges to consider keeping both Poppy and Amethyst, but a “double shantay” this early in the season would have been surprising.