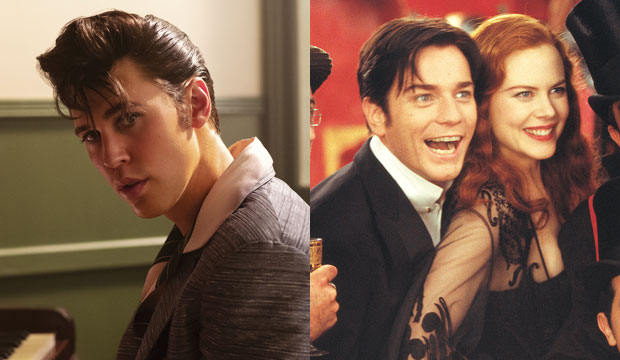 Baz Luhrmann can’t catch a break, I thought to myself as the Oscar nominations were being announced on Tuesday morning, January 24. Eight nominations for “Elvis” including Best Picture, but none for Best Director or Best Original Screenplay. That’s a lot like what happened with “Moulin Rouge!” (2001). Then I looked it up and realized it’s exactly what happened to “Moulin Rouge!” The two films got the same nominations.

In both cases, Luhrmann was nominated for Best Picture as a producer, but it’s his wife Catherine Martin who ended up with the windfall the last time around. She won for her art direction and costume design for “Moulin Rouge!”; those were the only awards that musical won. Martin won both of those categories again for Luhrmann’s “The Great Gatsby” (2013), and now she’s triple nominated as a producer, production designer, and costume designer for “Elvis.”

Will history repeat itself? As of this writing about a thousand Gold Derby users have already predicted the Oscar winners. According to their combined forecasts, “Elvis” isn’t the front-runner in any category, though it does rank second for Best Costume Design, Best Production Design, and Best Makeup and Hairstyling. We may be underestimating the biopic in all three races. But there’s plenty of time between now and the March 12 Oscars ceremony for the race to change.