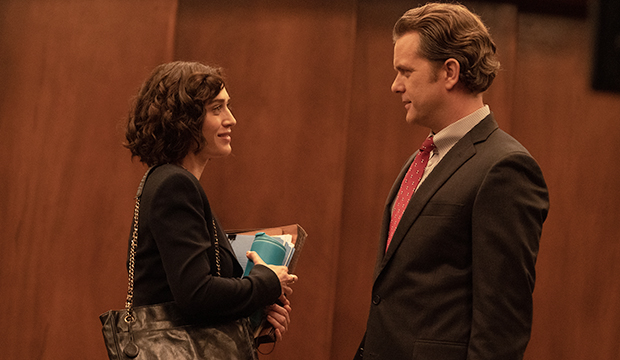 A reimagining of the hit 1987 psychological thriller about a woman who becomes obsessed with a married man after a brief affair, the series stars Joshua Jackson and Lizzy Caplan as Dan Gallagher and Alex Forrest, respectively, the roles made famous by Michael Douglas and Glenn Close. Amanda Peet plays Beth Gallagher, Dan’s wife originally portrayed by Anne Archer. Alyssa Jirrels plays their daughter Ellen, whose pet bunny is infamously boiled by Alex in the film.

Will the series taste similar success at the Emmys? With this release schedule and due to the elimination of the hanging episode rule, the show would need to submit in drama to be eligible at the Emmys this year. Six episodes will have aired by the May 31 deadline, the minimum episodes required for series in animation, comedy, drama, variety, short form and variety (limited and anthology series have air their entire seasons by the deadline or they’ll be eligible the subsequent year). “Fatal Attraction’s” remaining two episodes — the finale airs on Jackson’s birthday, June 11 — will be eligible next year as orphaned episodes, recognizing individual achievements, if the series doesn’t return during the cycle. During the panel, Cunningham declined to say if there are plans for a second season.