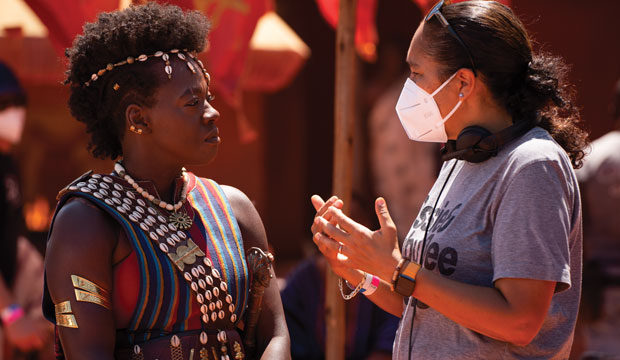 Gina Prince-Bythewood has a small number, but nonetheless excellent array of films on her resume. But what she lacks in quantity, she more than makes up for in quality. She has directed five feature films over the course of two decades, but she has made an indelible mark with her latest, the historical action period piece “The Woman King,” with which she has cemented her mark as a director worthy of awards attention. But will she get an Oscar nomination? If so, she would make history as the first Black woman ever to contend for Best Director.

On paper, Prince-Bythewood has checked the appropriate boxes to take “The Woman King” to the Oscars (she has already gotten Critics Choice and BAFTA nominations for her achievement). However, in the 94-year history of the Oscars, only six Black men (and no women) have had the distinction of being nominated for Best Director. John Singleton, at the tender age of 24, became the first Black nominee (and the youngest ever nominee) for the now-classic “Boyz N the Hood” (1991). It would take nearly two decades for another Black filmmaker to receive a nomination: Lee Daniels for his gritty work in “Precious” (2009). Then Steve McQueen was recognized for his outstanding work in “12 Years a Slave” (2013), followed by Barry Jenkins for his superlative work on “Moonlight” (2016), Jordan Peele for his dynamic directorial achievement in “Get Out” (2017), and lastly Spike Lee for “BlacKkKlansman” (2018).

But to date, no Black filmmaker has won this category. That’s what makes this such an uphill battle for Gina Prince-Bythewood, historically speaking. She has turned in an outstanding directorial effort with “The Woman King,” but will the academy agree and grant her a historic nomination? As of now, those Critics Choice and BAFTA noms are a good sign, but she missed the Directors Guild Awards list. That said, “The Woman King” has been a major player this season, receiving widespread recognition for Viola Davis‘s lead performance, which could ultimately help boost Prince-Bythewood to a nomination of her own.