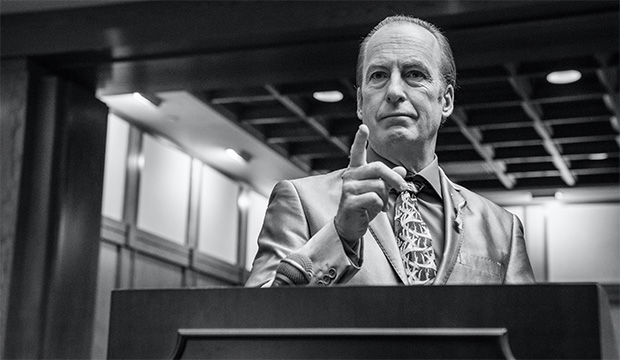 After being consistently overlooked since 2016, “Better Call Saul” has finally received its first Best Drama Series Golden Globe nomination. This long overdue recognition comes for the AMC program’s sixth and final season, which aired in two parts over the spring and summer of 2022. The prequel and sequel series to “Breaking Bad” has already followed its predecessor by only catching the attention of the Hollywood Foreign Press Association with its bifurcated last batch of episodes, and it could now further emulate it by pulling off a last minute victory in the top category.

“Breaking Bad” won Best Drama Series in 2014 immediately after the first half of its fifth season came up short against “Homeland.” 13 years after first being introduced as Walter White’s sleazy strip mall lawyer, Jimmy “Saul Goodman” McGill’s story has come to an end, and Bob Odenkirk’s portrayal of the character has earned him his fifth Golden Globe nomination for Best TV Drama Actor. He is the only category veteran in his lineup, with his competitors being Jeff Bridges (“The Old Man”), Kevin Costner (“Yellowstone”), Diego Luna (“Andor”), and Adam Scott (“Severance”).

In order to win Best Drama Series, “Better Call Saul” must overcome challenges from two-time winner “The Crown” (2017; 2021) as well as “House of the Dragon,” “Ozark,” and “Severance.” “House of the Dragon” also happens to be a prequel show, having derived from five-time Best Drama Series nominee “Game of Thrones.” “Ozark” is also nominated for its farewell season, having first been recognized here for its third and penultimate one in 2021.

“Better Call Saul” would not be the first previously-overlooked show to win this award for its last season, as “The Americans” proved the possibility of such a victory just four years ago. After “The Dick Powell Show” (1963) and “Breaking Bad,” the FX spy thriller was only the third multi-season program to ever take this prize in its final year. In 1964 and 1965, “The Richard Boone Show” and “The Rogues” were both honored here for their inaugural seasons before being abruptly canceled.

Other recent programs that received Best Drama Series nominations for their final seasons but ultimately lost their contests include “Pose” (2022), “Lovecraft Country” (2021), “Big Little Lies” (2020), and “Bodyguard” (2019). Going further back, this group consists of more than a dozen single and multi-season shows that had not yet aired what would be their last few episodes. The only fully-concluded entrants on the final season nominees list are “The Young Indiana Jones Chronicles” (1994), “The Rockford Files” (1980), and “Upstairs, Downstairs” (1978).