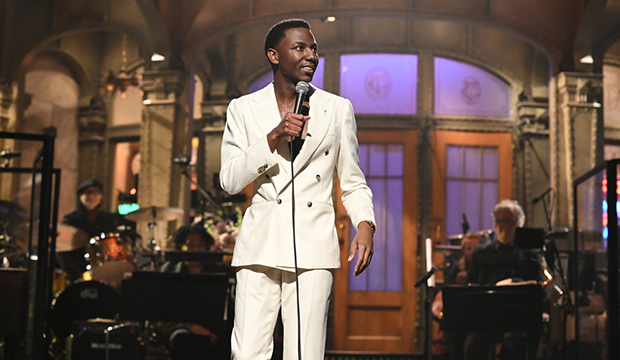 Let’s imagine for a moment that you’re the Hollywood Foreign Press Association. I know that it’s possibly an anxiety-producing thought, but try anyway. If you’re part of the HFPA braintrust, or even a mere voting member, you had to be scared to death that your organization was in grave danger of imploding and the Golden Globe Awards ceremony that you put on annually at risk of disappearing entirely. Part of the problem was the fact racial diversity had not even the thinnest toehold at the organization, with zero Black voters in its ranks through early 2021, a number that somewhat astonishingly hadn’t changed in some two decades.

With revolt in the air and an industrywide boycott forcing NBC to cancel last year’s broadcast, the HFPA resolved to change its ways, vowed to be better, and indeed recruited 103 new racially and ethnically diverse voters this past September (including 22.3% Latinx, 13.6% Black, 11.7% Asian, 10.7% Middle Eastern and 41.7% White). For the first time, the L.A.-based organization of journalists from non-U.S. outlets has allowed nonmembers — “recruited from international industry organizations, as well as from active outreach to esteemed foreign film festivals and journalism professionals,” according to an HFPA statement — to help decide Golden Globe nominees and winners.

The move allowed the Hollywood Foreign Press to claim a larger and considerably more diverse voting pool without having to pay the new voters the same $75,000 apiece annually that the HFPA is paying each of its members in the wake of being acquired by Eldridge Industries and becoming a for-profit organization last year.

SEEThe Golden Globes still love Tom Cruise (‘Top Gun: Maverick’), but will he love them back?
While the Globes are returning to NBC (and Peacock) this year on a one-year deal, we still haven’t forgotten the #OscarsSoWhite hashtag, have we? That entered the awards vernacular in 2015, the first of two consecutive years when all 20 of the Oscar-nominated actors and actresses were white. While a multicultural gold rush didn’t exactly follow, things got better, at least briefly (and certainly in 2019). While the Globes never faced a viral #GlobesSoWhite campaign, they did have to answer for their complete lack of Black voters, among other issues. Last January when the heat was very much on, voters bestowed statuettes on eventual Oscar champs  Will Smith (his sixth Globe) for “King Richard” and Ariana DeBose for “West Side Story” plus Michaela Jae Rodriguez for the FX series “Pose.” Also winning a Globe was the slavery story “The Underground Railroad” from Amazon Prime.

With the 2023 Globes ceremony coming next Tuesday, the HFPA already served notice that it’s taking no chances this time, enlisting openly gay African American comedian Jerrod Carmichael as the ceremony’s host. Indeed, the association couldn’t have ordered a more perfect personality for the moment from Central Awards Show Casting. It fits into the HFPA’s proclamation that this is a new, improved and significantly more inclusive show.

Let’s take it category by category to guess/assess how that might look on awards night from a diversity perspective.

Actress in a Motion Picture – Drama

Davis is a seven-time Globes nominee and a winner in 2017 for “Fences” (for which she also took home an Oscar). This time, she’s the third pick at 4/1 in the Gold Derby combined odds, trailing heavy favorite Blanchett and Williams. But upsets have happened before, and while this would be a big one, it shouldn’t shock prognosticators, as it’s entirely possible voters will want to appear especially supportive of performers of color this time around in particular.

Actor in a Motion Picture – Drama

Butler and Fraser have gone back and forth the past few months in the Gold Derby combined odds, with Butler currently in front and Fraser second. Pope is tied for either fourth or fifth with Jackman at 9/2 odds, depending on whether you’re a glass half-full or half-empty person. This is his first Globes nom, and if he were to pull off an upset here, it would be beyond massive. It likely won’t happen, but you never know.

Bassett’s last Golden Globes nom came 29 years ago for the Tina Turner biopic “What’s Love Got to Do with It,” and she’s no better than the third choice in Gold Derby’s combined count behind Curtis and Condon with 4/1 odds. But as longshots go, Bassett is a solid one, in part because she plays such a strong character in a mainstream hit at a time when blockbusters are at a significant premium. Having no real superstar nominee doesn’t hurt, either.

As of the moment, the tune from the “Black Panther” sequel is running second in the Gold Derby combined odds at 37/1o, trailing “Hold My Hand” from “Maverick” at 18/5. The song’s impressive pedigree includes music and lyrics from the film’s co-writer and director Coogler as well as Tems and Rihanna, but they’ll have to upend a couple of music industry superstars in Swift and Gaga to claim the prize — and it’s no secret how much Globes voters adore their big names. So, we’ll see.

Actress in a Drama Series

Right now, Zendaya sits atop the Gold Derby combined count with 10/3 odds, which sounds about right, since she also won the Emmy for her “Euphoria” role. But she’s hardly a shoo-in with Staunton and D’Arcy hot on her heels and both having a UK pedigree and Staunton having brilliantly portrayed the late Queen Elizabeth II in “The Crown.”  This is not to even mention Linney, who has already won Globes twice (but never for “Ozark”). In other words, it’s a fairly wide-open race, with Zendaya the slight favorite.

“Abbott” is identified as a largely Black show in terms of both pedigree and performer. Star Quinta Brunson is also the creator and showrunner, and she already won an Emmy in September for her writing. In leading the Gold Derby category combined odds at 16/5, it would be a substantial upset if the show doesn’t take home the gold here. Second choice “The Bear,” while a terrific show, is in fact neither comedy nor musical. Why it’s eligible here is a mystery.

Actress in a TV Musical or Comedy Series

Smart won here last year but isn’t necessarily expected to again, though the Gold Derby combined odds show it to be a very tight three-way race with Brunson and Ortega tied at the top with 18/5 combined odds and Smart third at 19/5. Typically, Globes voters like the newest, shiniest object, and right now that’s both Brunson and Ortega. In that instance, Brunson gets the nod due to her Emmy triumph along with the the fact she’s been on the awards radar somewhat longer. She’s also eminently deserving.

Actor in a TV Musical or Comedy Series

White appears to have the insight track here despite the fact he neither sings nor cracks a single joke in a category labeled as “musical or comedy.” Go figure that one out, boys and girls. He leads with 16/5 combined Gold Derby odds over Martin and Hader, who at least attempt a little comedy. Glover and Short are tied for fourth at 9/2 combined odds, and Glover won in this same category for “Atlanta” in 2017, so there is precedent for a second victory. He is, however, neither new nor shiny, so let’s move on.

Supporting Actress in a Limited Series, Anthology or TV-Movie

While Coolidge looks to be the category favorite following her Emmy win for “White Lotus,” Nash-Betts and Plaza are ready for her to stumble, tied for second in the Gold Derby combined odds count at 4/1. This is Nash-Betts’ first-ever Globes nom, Coolidge’s second (she was honored last year as well). This is precisely the kind of category, and exactly the kind of nominee configuration, that lends itself to upsets. If you figure Coolidge and Plaza split the “Lotus” vote, that leaves Nash-Betts ready to take the trophy.

Supporting Actress in a Musical/Comedy or Drama Series

We shall soon see how much power to move Globes votes the Emmys have. Ralph is fresh from a very loud and very proud Emmy triumph that found her crooning during her acceptance. It’s helped her rocket to the top as the heavy fave for the Globes win with a nominee-topping 10/3 combined odds on Gold Derby for her performance as teacher Barbara Howard, ahead of second place Debicki (Princess Diana on “The Crown”). James, also nominated for an Emmy for her work as the hilarious principal on “Abbott,” is tied for fourth with Garner at 9/2.

Supporting Actor in a Musical/Comedy or Drama Series

In this battle of the Johns and Jonathan, it’s Turturro in the lead in the Gold Derby combined odds at 69/20 over Winkler (now a three-time nominee for “Barry”) and Lithgow tied at 4/1. Tied at 9/2 for fourth are Williams and Pryce in roles that couldn’t possibly be more dissimilar – Pryce as Prince Philip, Williams as an elementary school teacher. This would be one of the biggest upsets in Globes history were Williams to pull it off. Don’t count on it. But if we’ve learned anything from the Hollywood Foreign Press, it’s that we should never be surprised by what its voters ultimately decide.