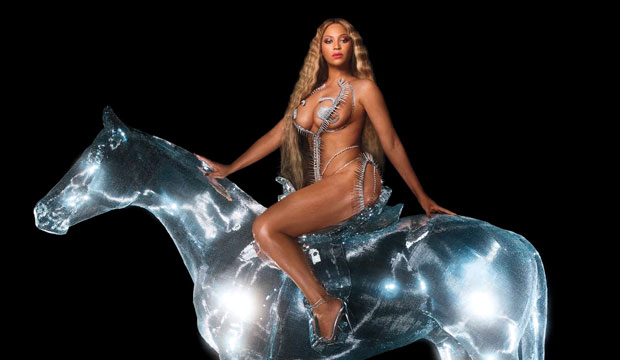 The 2023 R&B Grammy categories are some of the most packed in years. Sometimes the winners are obvious and one particular artist sweeps. This year, however, big names in the field like Jazmine Sullivan, Beyoncé, and Mary J. Blige are all in the hunt for more trophies for their mantels, going against newer acts like Snoh Aalegra and Muni Long. But who will be victorious come February 5?

Every song here genuinely could make a case to win. If they go for longtime favorites, Mary J. Blige and Anderson .Paak’s “Here With Me” could scoop this up. Lucky Daye also has a shot here since “Over” was a big hit for him, but its absence in Best R&B Song might be a red flag. Then there’s Beyoncé’s “Virgo’s Groove.” The track is leading the odds right now on Gold Derby and is widely considered a standout from her album “Renaissance,” but the fact that it isn’t a proper single might hurt it. However, it could still win if they just adored “Renaissance” and decide to give it a clean field sweep.

That said, I think the award might be between Muni Long’s “Hrs and Hrs” and Jazmine Sullivan’s “Hurt Me So Good.” Both are nominated in the songwriting category, and both are by respected artists. In Long’s case, her song is the biggest commercial hit here, and she’s been a songwriter for more than a decade without getting properly honored. So perhaps the combination of a huge song that listeners love, a traditional enough sound to appeal to most audiences, and a personal narrative for Long might be enough to give it the edge.

“Hrs and Hrs” also won the coveted Ashford and Simpson Award at the Soul Train Awards, which is typically a good predictor of Grammy love; every winner of that award has won a Grammy since 2017. However, Sullivan got nominated everywhere she submitted in the R&B  field, and “Hurt Me So Good” topped the adult R&B charts while voting was underway. Plus, there might be residual love from her recent “Heaux Tales” era, and the song itself might be a late bloomer, which would explain its absence at the Soul Trains.

Everyone who is not Beyoncé or Mary J. Blige likely has zero shot at winning, although Snoh Aalegra’s cover of Bobby Caldwell’s classic “What You Do For Love” might be the closest to a dark horse. Ultimately, Blige vs. Beyoncé will come down to how much voters want to spread the wealth and how much they really care about “Renaissance.” Since “Plastic Off the Sofa” was not a single, it might be lacking against “Good Morning Gorgeous,” which was not only a single but also one of Blige’s most successful in the last decade (and a nominee for Record of the Year). That said, voters can sometimes honor album tracks here over singles (see Lizzo’s “Jerome”). Plus, we know R&B voters love Beyoncé. I’ll actually predict a Beyoncé upset here, but I’m sure it’s close.

I wouldn’t bet against Beyoncé’s “Cuff It” here. Not only is it the biggest hit in the lineup, it’s also an easy award to give Beyoncé in case voters want to spread the wealth in other categories. On top of that, it was rising on the charts during the voting period, so it’s fresh on voters’ minds and won’t suffer from exposure fatigue. I’d say “Hrs and Hrs” and “Hurt Me So Good” might also pose threats to win, and a dark horse here could be “Good Morning Gorgeous.” There’s a lot of love for Blige this year, and the songwriters include previous winners H.E.R. and D’Mile. That said, my gut is telling me “Cuff It” will be the winner.