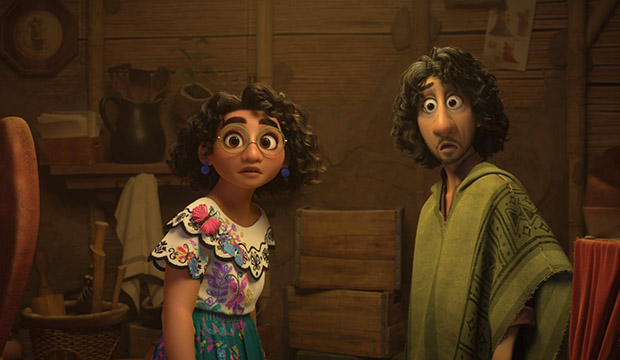 Iconic songs like “Let It Go” from “Frozen,” “My Heart Will Go On” from “Titanic,” and “Safe and Sound” from “The Hunger Games” have all won the Grammy for Best Song for Visual Media. But recently the category has been more packed than ever, with big names and big movies in the mix every year. With recent winners ranging from Bo Burnham’s comically introspective “All Eyes on Me” to Billie Eilish’s mysterious Bond theme “No Time To Die,” these voters have been making some excellent choices of late. This year six songs are vying to take home the award. Let’s take a look at who might win.

The frontrunner here is likely “Encanto’s” “We Don’t Talk About Bruno.” The song was not only considered the highlight of the film’s soundtrack, but also was massively successful. “Bruno” spent five weeks atop the Billboard Hot 100, breaking the record for the most weeks at number-one for a Disney song. Another advantage the song has is its writer, Lin-Manuel Miranda. Miranda is the owner of three Grammys, including one in this category for “How Far I’ll Go” from “Moana.” That previous win might also be indicative of just how much voters like Miranda as the song was competing against “La La Land’s” “City of Stars,” which had beaten Miranda at the Oscars. Miranda is also a consistent nominee even outside of this category. He was nominated for Best Compilation Soundtrack for Visual Media last year for “In the Heights” (and this year for “Encanto” as well), and he received an additional nomination this year for Best Audio Book, Narration and Storytelling Recording.

SEEHow hard is it to complete your EGOT with a Grammy?

But in the end, these are the Grammys, and upsets are bound to happen sometimes. This is why you might be keeping an eye on Lady Gaga’s “Hold My Hand” from the blockbuster “Top Gun: Maverick.” Gaga has a few advantages that could help her to pull a surprise win. First, “Hold My Hand” is currently being campaigned heavily for movie awards. In contrast, “Encanto” may be more forgotten by now since its film awards season already passed. Gaga is also a field favorite, winning this category twice in a row for “Shallow” and “I’ll Never Love Again,” both from “A Star Is Born”; she also won Best Compilation Soundtrack for Visual Media for that film. Finally, a lot of voters might be more inclined to reward “Encanto” rather than “Top Gun: Maverick” in the compilation category, so if they want to spread the wealth between two of their favorite movies, it seems more likely to vote for “Encanto” as a whole and for “Hold My Hand” here.

If someone else upsets, it could be “Just Keep Rising” from “The Woman King.” While the song was not as popular as the rest of the contenders, “The Woman King” was a big box office hit. Perhaps more importantly, the song is by Angelique Kidjo, who is a big Grammy favorite; she has won five times, including her last four Best Global Music Album nominations. Billie Eilish and Finneas might also stand a chance with “Nobody Like U” from “Turning Red” simply considering they’re previous category winners with a decently-sized hit. But even stronger than those might be Beyoncé’s “Be Alive” from “King Richard.” The song was nominated for an Oscar and, most importantly, could be helped by the abundant love Beyoncé’s gotten this year. If Beyoncé is heading for a huge Grammy night with her album “Renaissance,” this category could be the first sign. 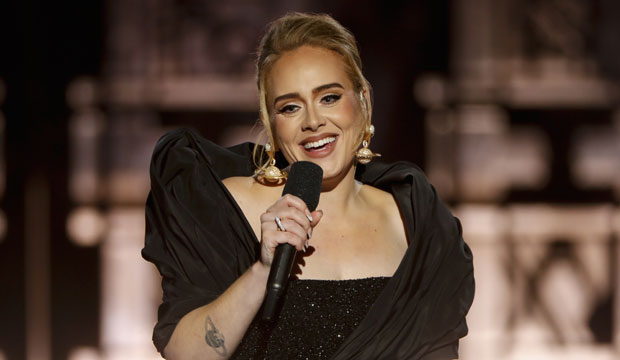