2022 was, in my opinion, the year of Black women in music. Beyoncé, Lizzo, Tems and Nicki Minaj all topped the Billboard Hot 100, and the first three of those are among the top nominees at the current Grammy Awards. SZA’s long-awaited sophomore album “SOS” was one of the top stories of the year and broke streaming records. And other Black women like Sudan Archives, GloRilla and Latto were celebrated new artists. Amid all that, one Black woman achieved perhaps the hardest feat: EGOT. Jennifer Hudson completed her EGOT when she took home a Tony for producing the acclaimed Broadway show “A Strange Loop.” She isn’t the first Black woman to achieve EGOT status — that would be Whoopi Goldberg — but she is the first Black female musician to do so and the second Black musician overall, after John Legend. Much has been said about Hudson’s first EGOT award — her Best Supporting Actress Oscar for “Dreamgirls” — but let’s take it back to her first ever Grammy: her 2009 win for Best R&B Album.

First, some context as to where J. Hud was at. She started as an early favorite on “American Idol,” but she was eliminated prematurely. Just a minor setback because then she nabbed the role of Effie in “Dreamgirls,” which catapulted her into stardom and, as mentioned above, won her an Oscar as well as a billion other awards. Afterwards, many wondered what was next for her career. She appeared in a couple of movies that didn’t make much of an impact, but in 2008 she went on to record her first studio album. J. Hud was already a big name due to her Oscar win, so her label enlisted huge names to help her work on the album, including Grammy winner Timbaland, Salaam Remi, Missy Elliott, and The Underdogs (if this producing duo doesn’t ring a bell, consider one of their members Harvey Mason Jr. — the current president of the Recording Academy).

Her self-titled album was released to major success, debuting at number-two on the Billboard 200 and earning Hudson her first hit single, “Spotlight,” which remains her biggest hit on the Hot 100 to this day. The album’s success thrusted Hudson into the Grammy conversation, although her prior nomination for the “Dreamgirls” soundtrack made her ineligible for Best New Artist. When Grammy time came around, Hudson got three nominations: Best R&B Album, Best Female R&B Vocal Performance for “Spotlight,” and Best R&B Duo/Group Performance for “I’m His Only Woman” featuring fellow “American Idol” contestant Fantasia Barrino.

SEEViola Davis opens up about needing Grammy to complete EGOT: ‘I wanna win!’

It was clear that she was going to win Best R&B Album: alongside her in the category were Eric Benét‘s “Love and Life,” Boyz II Men’s “Motown: A Journey Through Hitsville USA,” Al Green’s “Lay It Down” and Raphael Saadiq‘s “The Way I See It.” Hudson’s album was the highest-profile there, and voters were likely not enthused for these particular Al Green, Boyz II Men, and Eric Benét records compared to some of their past work. Saadiq was likely second, with “The Way I See It” being a buzzworthy album in the R&B world. However, the album is more lauded retrospectively than it was specifically in 2008, so Hudson ended up taking the category.

Hudson’s win was likely also carried by passion for her as an artist. For many, being eliminated seventh on “American Idol” probably would’ve resulted in a return to obscurity, but Hudson’s ability to remain in the spotlight (no pun intended) and achieve success in both music and film was likely an inspiring story to industry folk, who wanted to honor her as the clear next big thing. And she has proved that her early recognition wasn’t a fluke: she has not only achieved EGOT status, she has also led successful films like “Respect,” which earned her a SAG Award nomination, won another Grammy for the Broadway cast recording of “The Color Purple,” and has been hailed by legends like Aretha Franklin. It’s safe to say that the Grammys’ faith in Hudson has paid off. 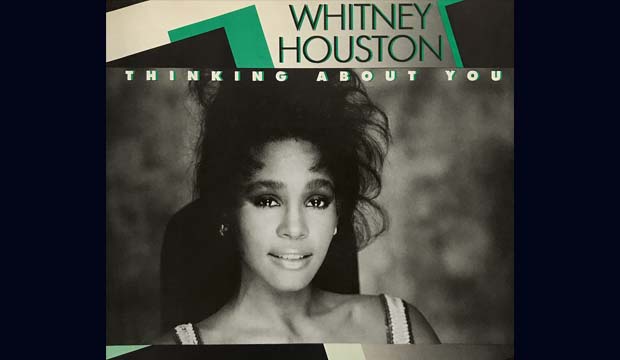