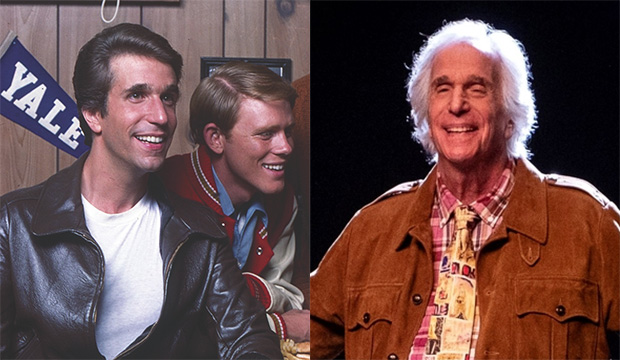 Can you believe it’s been a whopping 45 years since the last time Henry Winkler‘s name was called as a winner at the Golden Globe Awards? He actually claimed back-to-back Best TV Comedy Actor trophies at the 1977 and 1978 ceremonies for playing Arthur Herbert Fonzarelli (aka The Fonz) on ABC’s sitcom “Happy Days.” Now he could take home a third career trophy for his supporting role on HBO’s “Barry” as Gene Cousineau, the acting coach of hitman Barry Berkman (Bill Hader).

This actually marks the actor’s third Globe bid for “Barry” after losing at the 2020 ceremony (to Stellan Skarsgard of “Chernobyl”) and in 2019 (to Ben Whishaw of “A Very English Scandal”). Other than his two “Happy Days” victories, Winkler also scored Globe nominations for the drama picture “Heroes” (1977) and the comedy film “Night Shift” (1982). Over at the Emmys, he is an eight-time nominee, winning once for the first season of “Barry” (2018).

Winkler’s co-nominees this year in the Best Comedy/Drama Supporting Actor category are John Lithgow (“The Old Man”), Jonathan Pryce (“The Crown”), John Turturro (“Severance”) and Tyler James Williams (“Abbott Elementary”). Of note, this is a brand new Globe category as in the past, there was a catch-all race that combined supporting performances from comedies, dramas, limited series and TV movies. Now, comedies/dramas compete here while limited/TV movies duke it out on their own turf.

In the third season of “Barry,” Gene Cousineau’s story takes a dark turn as he finds out the truth about Barry and is forced to deal with the consequences. Winkler received an Emmy nomination for this cycle and chose to submit the season finale, titled “Starting Now,” to awards judges. That was the well-reviewed Season 3 finale, in which Winkler’s character tries to get the better of Barry by turning him into the police.

“I have to say I couldn’t be more gratified if I wore it like a suit,” Winkler recently told Gold Derby in our exclusive video interview. “It never gets old. What a wonderful thing.” Speaking about the show’s creators Hader and Alec Berg, Winkler proclaimed, “You worry because Alec and Bill said to me, ‘We’re never going to repeat ourselves.’ They keep to their word and you think, ‘How am I going to find the Gene that I know, that the audience knows?’ Slowly but surely you chip away and chip away and the new details of Gene come in and you find places for the old Gene to come in.”