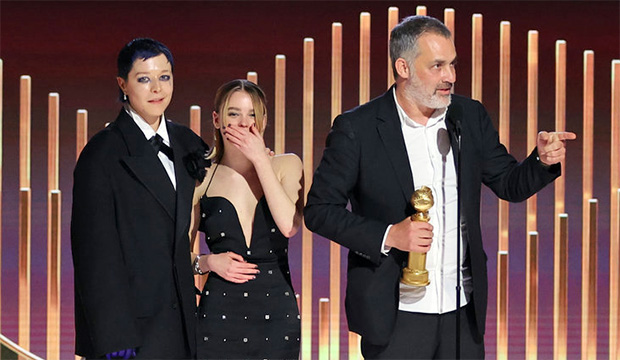 It’s official: “House of the Dragon” is better than parent series “Game of Thrones.” At least where the Golden Globes are concerned.

During Tuesday night’s 2023 Golden Globes ceremony, HBO’s “HotD” surprised awards pundits by winning the Best Drama Series prize over category front-runner “Severance,” plus “The Crown,” “Better Call Saul” and “Ozark.” As you may recall, “GoT” was nominated for eight Golden Globes throughout its eight-year run, only winning for supporting actor Peter Dinklage; it lost the Best Drama Series prize a whopping five times.

“House of the Dragon’s” only other nomination at this year’s gala was Best TV Drama Actress for Emma D’Arcy as the adult Princess Rhaenyra Targaryen; they lost to Zendaya (“Euphoria”). Surprisingly, the show’s lead actor Paddy Considine as King Viserys Targaryen was snubbed by Globes voters despite giving one of the most talked-about performances of the 2022 calendar year.

The new spin-off series takes place about 200 years before the events of awards juggernaut “Game of Thrones.” “House of the Dragon” is infamous for its frequent time jumps, which results in older actors taking over for their younger counterparts. Showrunner Ryan Condal and book author George R. R. Martin serve as the series’ co-creators.

SEE How did Jerrod Carmichael do as 2023 Golden Globes host? [POLL]

“Severance” was Gold Derby’s pick to win Best Drama Series. This freshman sci-fi hit stars Adam Scott as a worker at Lumon Industries, which requires its employees to undergo memory wipes when they arrive at work so they can stay focused. Britt Lower plays a confused new co-worker while Patricia Arquette takes on the role of their mysterious boss. Besides the all-important series bid, “Severance” also picked up Globe nominations for Scott in Drama Actor and John Turturro (as a fellow severed worker) in Drama/Comedy Supporting Actor.

Coming in second place in our predictions was the fifth season of Netflix’s regal drama, “The Crown.” It swapped out the main cast members yet again this year, with Imelda Staunton taking over as Queen Elizabeth II, Jonathan Pryce stepping in as Prince Philip and Lesley Manville now portraying Princess Margaret. “The Crown” is a favorite of Globes voters, having previously won this category twice before, in 2016 and 2020. Its four bids this year were for series, actress (Staunton), supporting actor (Pryce) and supporting actress (Elizabeth Debicki as Princess Diana).

After “House of the Dragon” in third place was “Better Call Saul” in fourth place. This intricate “Breaking Bad” spin-off recently said goodbye after six years with an instant fan-favorite series finale in which Saul Goodman (Bob Odenkirk) reunited with his one true love Kim Wexler (Rhea Seehorn) after going to jail for a whole host of drug-related crimes. Odenkirk earned yet another lead actor bid, his fifth overall, while the other cast members were overlooked.

Finally, “Ozark” took fifth place in Gold Derby’s odds for its final season. Netflix’s gritty drama about drug laundering was up for three noms: drama series, drama actress (Laura Linney as Wendy Byrde) and supporting actress (Julia Garner as Ruth Langmore). Garner won, making her the only actor from a nominated drama series to claim a Golden Globe this year. 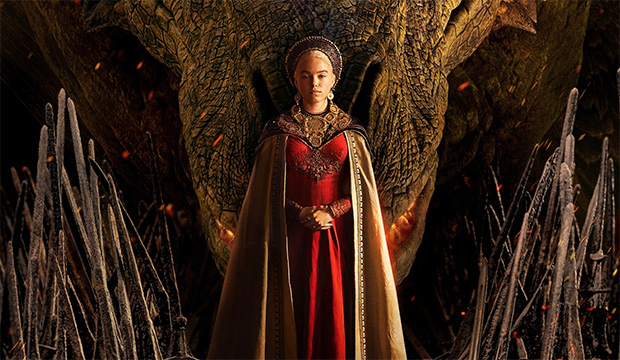