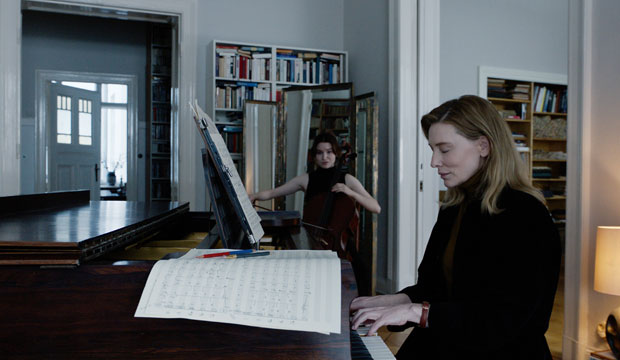 Cate Blanchett stars in the titular role of Lydia Tár in the 2022 psychological drama “TAR.” The film follows the undoing of Blanchett’s character who is a prominent composer and conductor. Written and directed by Todd Field, “TAR” premiered at Venice International Film Festival in September 2022 and has ridden intense critical acclaim to the Oscars. On Tuesday, the film received six total nominations, including Best Picture, Best Actress for Blanchett, Best Director for Field, and Best Original Screenplay for Field. Here is how you can watch “TAR” online.

How to watch “TAR” online

“TAR” is available as a digital rental or purchase through Amazon, Apple TV, Vudu, Google Play, YouTube, and other online providers. Rental prices for “TAR” start at $5.99 while the purchase price is $19.99.

Is “TAR” still in theaters?

Yes, the film is still playing in many theaters across the U.S., including AMC and Regal (check local listings). After premiering at Venice International Film Festival in September 2022, “TAR” had a limited theatrical release in the United States on October 7, 2022, with a wide release on October 28.

Not yet, but very soon. Because the film is distributed by Focus Features in the U.S., “TAR” is set to debut on Peacock—as both companies are owned by NBCUniversal. “TAR” starts streaming on Friday, January 27.

Will “TAR” win an Oscar?

Since its release at Venice International Film Festival in September 2022, “TAR” has been racking up awards. It became only the seventh film in history to be named Best Film of the Year by the trifecta of the New York Film Critics Circle, the Los Angeles Film Critics Association, and the National Society of Film Critics. It was also named one of the top 10 films of the year by the American Film Institute. It was nominated—but did not win—the Golden Globe for Best Motion Picture – Drama.

On Tuesday, “TAR” received six nominations – including Best Picture and Best Actress for Blanchett. The acclaimed actress could win her third Oscar for her performance.