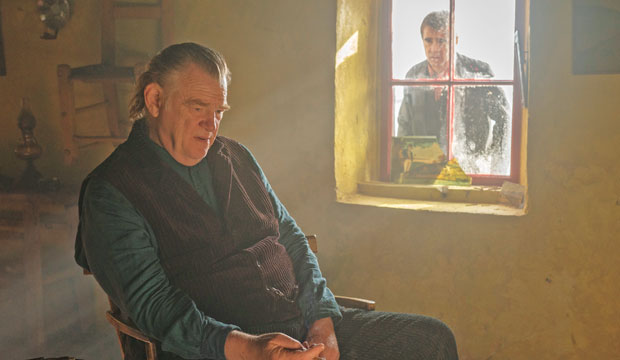 Colin Farrell and Brendan Gleeson star as lifelong friends gone sour in one of 2022’s most acclaimed film, “The Banshees of Inisherin.” Written and directed by Martin McDonagh, the dark comedy received nine Oscar nominations on Tuesday — including Best Picture, Best Actor for Farrell, Best Supporting Actor for Gleeson and Barry Keoghan, Best Supporting Actress for Kerry Condon, Best Director for McDonagh, and Best Original Screenplay for McDonagh. Here’s how to watch “The Banshees of Inisherin” at home now.

How to watch “The Banshees of Inisherin” online

Is “The Banshees of Inisherin” still in theaters?

Yes, “The Banshees of Inisherin” is still playing in select theaters, such as AMC. The film premiered at the Venice International Film Festival on September 5, 2022, before being released in theaters on October 21, 2022. It was released for streaming on HBO Max on December 13, 2022, but is still playing in many theaters in anticipation of the Oscars.

Is “The Banshees of Inisherin” streaming?

Will “The Banshees of Inisherin” win an Oscar?

“The Banshees of Inisherin” is a strong contender for Oscar wins in various categories, including Best Picture and Best Actor for Farrell’s role as Pádraic Súilleabháin. Farrell already won a Golden Globe for Best Actor in a Motion Picture – Musical or Comedy while McDonagh won Best Screenplay and the film took home Best Motion Picture – Musical or Comedy. Overall, “The Banshees of Inisherin” received nine Oscar nominations.