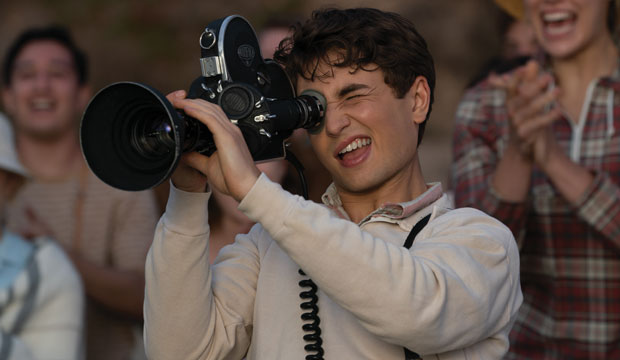 Steven Spielberg waited decades to tell his personal story with “The Fabelmans” — and the result is an awards windfall. “The Fabelmans” received seven nominations at the 2023 Oscars, including Best Picture, Best Director for Spielberg, and Best Original Screenplay for Spielberg and Tony Kushner. Released in November 2022, “The Fablemans” stars Gabriel LaBelle, Michelle Williams, Paul Dano, Seth Rogen, and Judd Hirsch. (Williams and Hirsh are also Oscar nominees for their work.) Read on to see how to watch “The Fabelmans” online.

How to watch “The Fabelmans” online

You can watch “The Fablemans” online by purchasing it digitally through Apple TV, Google Play, YouTube, or various other digital providers. It’s available for purchase for $19.99. It is not available to rent right now.

Is “The Fabelmans” still in theaters?

Yes, you can watch “The Fabelmans” in theaters. Spielberg’s latest film was released in select theaters in Los Angeles and New York City on November 11, 2022. Its nationwide release was on November 23—and it is still available to view in many major theaters, such as AMC and Regal, as well as independent ones.

Is “The Fabelmans” streaming?

“The Fabelmans” is not currently available to stream on any services like Netflix, Hulu, or Amazon Prime. The DVD, Blu-Ray, and 4K UHD release date is February 14, 2023, so it’s possible it will stream after that date. As it is distributed in the U.S. by Universal Home Pictures Entertainment, it may inevitably stream on Peacock, which is also owned by NBCUniversal.

Will “The Fabelmans” win an Oscar?