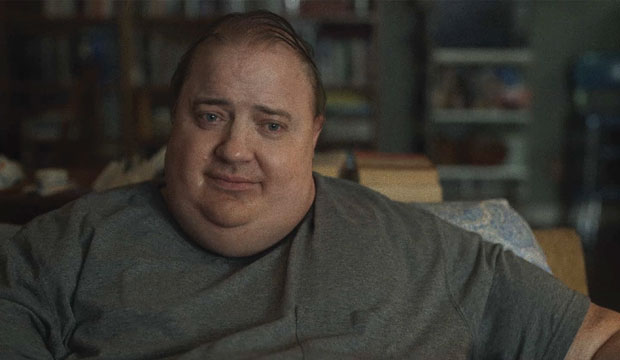 Despite “The Whale” receiving mixed reviews from critics, Brendan Fraser has been heaped with praise for his role as Charlie, a morbidly obese man who is trying to restore a relationship with his daughter Ellie (played by Sadie Sink). On Tuesday, Fraser received his first-ever Oscar nomination for the performance, one of three nominations for “The Whale” in total. Here is how you can watch the film—which was directed by Darren Aronofsky and written by Samuel D. Hunter (who based the screenplay on his 2012 play).

How to watch “The Whale” online

Currently, “The Whale” is unavailable to watch digitally on platforms like Apple TV, Amazon Prime, and Roku, where you can typically rent or purchase films. There is no date set for digital release, but viewers can expect it to be sometime in 2023.

Is “The Whale” still in theaters?

The good news is “The Whale” is still playing in theaters across the U.S. It premiered at Venice International Film Festival on September 4, 2022. It also played at Toronto International Film Festival on September 11, 2022. Following its festival circuit, the film had a limited theatrical release in the U.S. on December 9 and a wide release on December 21. It’s still in its theatrical run now, so you can find it at theaters such as AMC, Regal, and more.

Is “The Whale” streaming?

“The Whale” is not currently streaming and you may be waiting a while. On January 10, Aronofsky said on Instagram, the film “WILL NOT be streaming anytime soon,” and encouraged people to see it in theaters. As for where it will stream when it’s finally available, that’s unclear. “The Whale” is distributed by A24, which historically has not shown a preference for one streaming service over another – although it could end up on Showtime, which is where A24’s “Everything Everywhere All At Once” is now streaming.

Will “The Whale” win an Oscar?