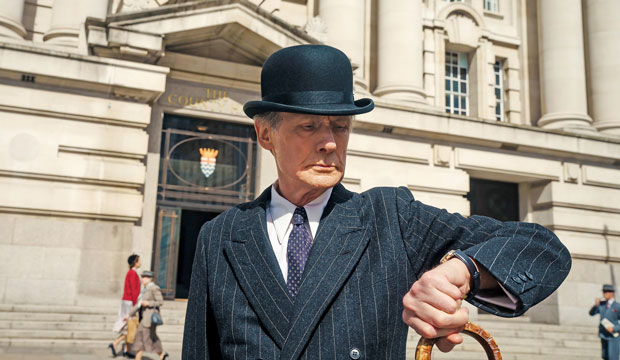 The extremely small group of Nobel laureates who have earned Academy Award nominations grew today by 20%. Kazuo Ishiguro, one of the world’s most feted contemporary writers, earned his first Oscar nomination for his adapted screenplay for the film “Living,” which also earned a Best Actor nomination for Bill Nighy. How many other Nobel prize winner have pulled off this feat? And will it help Ishiguro pull off a victory in this competitive category?

Ishiguro is now the sixth winner of the Nobel Prize in Literature to earn an Oscar nomination. The first was George Bernard Shaw, who received the Nobel in 1925 for, in the words of the Nobel committee, “his work which is marked by both idealism and humanity, its stimulating satire often being infused with a singular poetic beauty.” He won the Best Screenplay prize — a category of adapted works distinct from the Best Original Story race — in 1939 for translating his own play “Pygmalion” to the screen, sharing the Oscar with Ian Dalrymple, Cecil Lewis, and W. P. Lipscomb.

SEE Oscar nominations: ‘Everything Everywhere’ leads with 11, ‘All Quiet’ and ‘Banshees’ at 9

The next to complete this duo of awards was famed novelist John Steinbeck. He received three Academy Award nominations throughout his career: “Lifeboat” in 1945, “A Medal for Benny” in 1946, and “Viva Zapata!” in 1953. The first two were in the category of Best Original Story, while the latter was in the differently-named “Story and Screenplay” contest. Less than a decade after his final Oscar nomination, Steinbeck received the Nobel in 1962, commending him “for his realistic and imaginative writings, combining as they do sympathetic humour and keen social perception.”

Steinbeck’s path from Oscar to Nobel Prize overlapped with influential thinker Jean-Paul Sartre‘s. In 1957, the French writer earned an Academy Award nomination for the film “The Proud and the Beautiful” for Motion Picture Story; he alone received the Oscar recognition, even though others were officially credited on the film. Seven years later, he was recognized by the Nobel committee “for his work which, rich in ideas and filled with the spirit of freedom and the quest for truth, has exerted a far-reaching influence on our age.”

Many years later, legendary playwright Harold Pinter would earned two Oscar nominations for screenwriting — both in the category of screenplay “based on material from another medium” — for “The French Lieutenant’s Woman” in 1982 and “Betrayal” in 1984; the former was based on John Fowles‘ novel, the latter Pinter’s own stage play. In 2005, the Nobel committee bestowed their literature honor on Pinter, “who in his plays uncovers the precipice under everyday prattle and forces entry into oppression’s closed rooms.”

Most recently, Bob Dylan received both citations. In 2001, he won the Academy Award for Best Song for “Things Have Changed” from the film “Wonder Boys,” and in 2016, he shocked the literary world when he received the Nobel. The committee wrote that they were bestowing the honor upon him “for having created new poetic expressions within the great American song tradition.”

Now Ishiguro becomes the sixth. He received the Nobel just six years ago — incidentally one year after Dylan — with the committee saying that “in novels of great emotional force, [he] has uncovered the abyss beneath our illusory sense of connection with the world.” For the Oscar nomination, he adapted the film “Ikiru” by director Akira Kurosawa. Ishiguro has also received BAFTA, Critics Choice, and USC Scripter nominations for his work on “Living.”

Ishiguro’s stature could certainly help in him the tough competition for Adapted at this year’s awards. It would be a boost he likely needs, too, as no adapted screenplay has taken home the Oscar without at least a Best Picture nomination, if not a win, since 2000.

Nine of the past 22 years, the Picture winner has taken home this trophy, including “CODA,” “Moonlight,” “12 Years a Slave,” “Argo,” “Slumdog Millionaire,” “No Country For Old Men,” “The Departed,” “The Lord of the Rings: The Return of the King,” and “A Beautiful Mind.”

The other 13 winners in this category were at least nominated for the top honor. Those films include “The Father,” “Jojo Rabbit,” “BlacKkKlansman,” “Call Me by Your Name,” “The Big Short,” “The Imitation Game,” “The Descendants,” “The Social Network,” “Precious,” “Brokeback Mountain,” “Sideways,” “The Pianist,” and “Traffic.”

According to our earliest Oscar odds, “Women Talking” leads the race, followed by “All Quiet on the Western Front,” and surprise nominee “Top Gun: Maverick.” All three are Best Picture nominees. “Glass Onion” and “Living” round out the category.