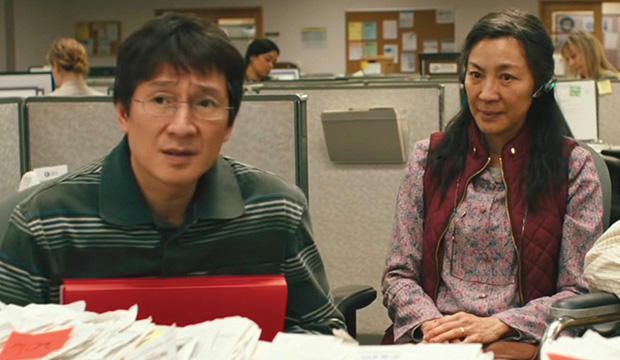 There are 25 first-time individual acting nominees invited to the 2023 Screen Actors Guild Awards party, including a few who may evoke some surprise that it’s their first SAG attention – namely, freshly minted Golden Globe victors Michelle Yeoh (for “Everything Everywhere All at Once”) and Colin Farrell (for “The Banshees of Inisherin”). They were joined by seven other Globe winners from Tuesday night: on the film side, Austin Butler (for “Elvis”) and Ke Huy Quan (“Everything Everywhere All at Once”) and, on the TV side, Quinta Brunson (“Abbott Elementary”), Amanda Seyfried (“The Dropout”), Zendaya (“Euphoria”), Paul Walter Hauser (“Black Bird”) and Jeremy Allen White (“The Bear”).

Other SAG Awards first-timers in film include:

Meanwhile, in the TV races, one veteran cracked the lineup for the first time after decades in the business: Jonathan Banks for “Better Call Saul.” He’ll take on, among others, fellow rookie Adam Scott for “Severance.”

The other first-timers in television are:

There were also four first-time TV series ensemble nominees at this year’s SAG Awards: those for “Abbott Elementary,” “The Bear,” “Severance” and “The White Lotus.”

In terms of one other stat to which actors are typically allergic – age – here is a short list of the youngest and eldest nominees: