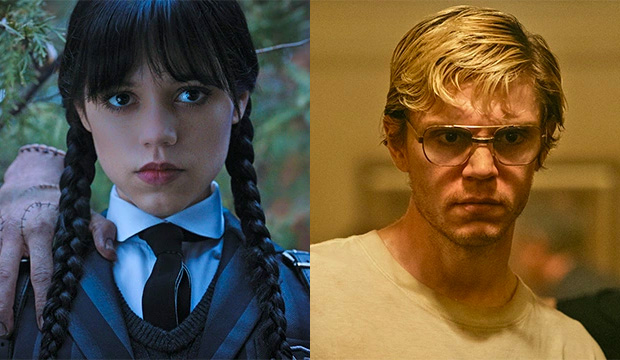 The new home for the SAG Awards beginning in 2024 will be Netflix, so it makes perfect sense that the streaming site has absolutely dominated the 2023 awards. To recap, there are 45 nominations on the TV side (including cast ensembles, solo citations and stunt bids), with Netflix scoring a whopping 12 of them (or roughly 27% of all television mentions). The only other network to come close to Netflix’s haul was HBO/HBO Max with a collective nine nominations.

“The Crown” and “Ozark” are Netflix’s two nominated ensembles this year. “The Crown” has won the top drama award twice before (2019 and 2020), but now the entire regal cast has been overhauled as the story shifts focus to the 1990s. The only “Crown” actor to receive an individual bid for Season 5 is Elizabeth Debicki as Princess Diana. As for “Ozark,” the four-year-old series said goodbye this year and was honored with an ensemble bid as well as solo noms for Jason Bateman, Laura Linney and Julia Garner.

Other individual actors nominated from Netflix fare are: Evan Peters and Niecy Nash-Betts (“Monster: The Jeffrey Dahmer Story”), Jenna Ortega (“Wednesday”), Christina Applegate (“Dead to Me”) and Julia Garner (“Inventing Anna”). The final Netflix citation is for “Stranger Things” in the stunt field.

HBO/HBO Max’s nine nominations include three ensembles: “The White Lotus,” “Barry” and “Hacks.” Individual actors cited for those programs are Jennifer Coolidge (“The White Lotus”), Bill Hader and Anthony Carrigan (“Barry”) and Jean Smart (“Hacks”). Zendaya (“Euphoria”) is a solo nominee for drama actress, while “House of the Dragon” contends for its stunts.

Next in line with four bids apiece are Apple TV+ (“Severance” ensemble and Adam Scott, plus Taron Egerton and Paul Walter Hauser for “Black Bird”), FX Networks (“The Bear” ensemble and Jeremy Allen White, plus Jeff Bridges for “The Old Man” and Steve Carell for “The Patient”), Hulu (“Only Murders in the Building” ensemble, Steve Martin and Martin Short, plus Amanda Seyfried for “The Dropout”) and Prime Video (Emily Blunt for “The English,” Rachel Brosnahan for “The Marvelous Mrs. Maisel,” plus “The Boys” and “The Lord of the Rings: The Rings of Power” for stunts).

Here is the TV network scorecard for the 2023 SAG Awards: