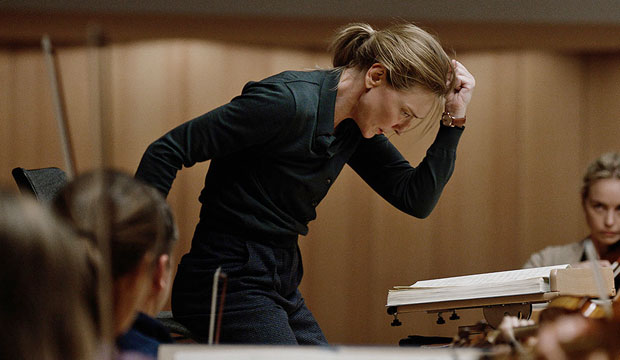 As soon as the 2023 Oscar nominations were revealed, our opinionated forum posters (many of whom are industry insiders shielded by screen names) let loose with their extremely varied reactions. Celebrations broke out at the mentions of certain films and creatives, but the exclusion (and inclusion) of others left some disappointed and even angry.

Academy members have always known that they cannot please all movie fans, and they certainly did not this year. Below is just a sampling of the brutally honest comments of our sassy forum posters concerning the 2023 Oscar nominations. Take a look and then jump in here if you’re brave enough.

MichelleReign: “Everything Everywhere All at Once” is this year’s “The Power of the Dog.”

forwardswill: Glad “Women Talking” still made it. “The Woman King” shutout is an embarrassment.

TrumpBiden: I’m stunned “The Whale” didn’t make it in but “Women Talking” did, lol.

nicholas22: “TRIANGLE OF SADNESS” IN PICTURE AND DIRECTOR YAAAAASSS

Evan: How did “All Quiet on the Western Front” get like 50 noms and NOT DIRECTOR? This year’s “Dune.”

tennesseeheroine: How did Michelle Williams pull that off?

Jason Travis: SOOO HAPPY FOR ANDREA RISEBOROUGH!!!! THIS WAS A PIPE DREAM FOR MANY OF US. WOWW SHE GOT IN, AND BOY DOES SHE DESERVE IT. WATCH THIS PERFORMANCE. IT IS SPLENDID.

aahoto: No Danielle Deadwyler. Thanks Andrea.

almanzarlamarcarlile: Snubbing both Davis and Deadwyler is such a bad look.

M: The Best Actress category is a yikes. But Best Actor is exactly what I wanted.

Marrowbone: So happy for Hong Chau and Stephanie Hsu!!

Sean C: Hsu makes it in, and a million thinkpiece writers are disappointed.

Ivigario: So happy that the majority of nominees in Supporting Actresses are POC and very deserving ones. For me the winner is between them.
It’s great when diversity is celebrated.

Nate: Sorry not to see Dolly De Leon ultimately not make it in, especially given other goodwill towards “Triangle of Sadness.”

kamila: I’m SO glad I never gave up on Brian Tyree Henry.

Nate: So sad for the “She Said” shutout.

tennesseeheroine: “Top Gun” in Adapted Screenplay says it all about the calibre of that category this year.

ricardo505: Sad that “Aftersun” didn’t get all the love it deserved.

Sean C: Who had “Top Gun” getting Screenplay and missing Cinematography, LOL.

xohours: Wait “Avatar” & “The Batman” were snubbed in Cinematography? The AMPAS really said no to blockbusters.

GD: “Top Gun: Maverick” and “Avatar: The Way of Water” snubbed in Cinematography when they actually are the 2 best of the year…

AmnistY21: So happy “TAR” got into Cinematography. Richly deserved.

FreemanGriffin: I am happiest about “The Banshees of Inisherin” getting a Film Editing nomination!

String Cheese Theory: I hate that “TAR” (which I love) got editing over “AQOTWF.”

Vicki Leekx: Anyway, let’s talk about the worst snub of the day, “Blonde” for make-up. Seriously?

MichelleReign: Looool “Applause” got in.

kamila: Diane Warren, you will always be famous.

Labyrinth: I just wish “TAR” had been in contention.

kat_ebbs: “The Sea Beast” is a nice nomination, I liked that film a lot.

coopC: So happy for “Close” getting in

aahoto: NO “DECISION TO LEAVE”?!