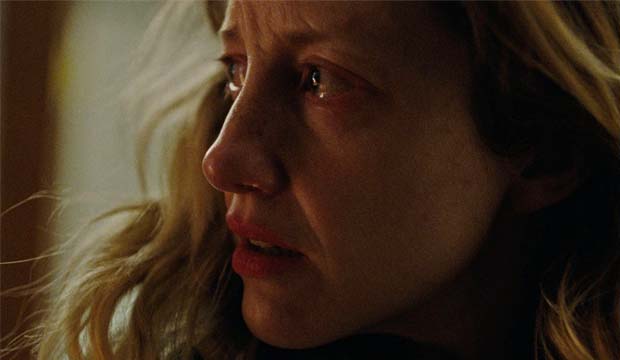 I know it’s coming down to the wire for all of you Oscar nomination voters. Today (Tuesday) is the final day to submit, and as part of the last-minute push, I wanted to add another hat to all of those already tossed in the ring for Andrea Riseborough and her incandescent performance in the micro-budget indie feature “To Leslie.” This is an actress I’d never even heard of two weeks ago, and now I’m all in on her being worthy of a Best Actress nom.

Who is she? Where has she been all my life? It turns out she’s already had a pretty substantial career in a lot of films and stage productions as well as a small role in the Best Picture Oscar-winning “Birdman” and in “Oblivion” with Tom Cruise. But the British-born Riseborough has nonetheless remained largely unknown until the drumbeat began for her work in “To Leslie.”

Having rented the movie on Prime Video and watched it Monday night, I’m in agreement with people like Edward Norton, Jennifer Aniston, Gwynyth Paltrow, Charlize Theron and Sarah Paulson that Riseborough’s acting in “To Leslie” is singularly extraordinary. She portrays the title character of Leslie, a West Texas woman whom we see in the opening hit a $190,000 lottery only to piss it all away on drugs and drink in the intervening six years. As we pick up her story, she is very much an active alcoholic who has betrayed the kindness of pretty much everyone around her, both friends and family (including the 19-year-old son she abandoned at 13, played by Owen Teague). Everybody in Leslie’s life is an ex. She’s her own worst enemy, and booze is the catalyst for behavior that has now put her out on the street.

The first half of the movie is so painful to watch that you’re tempted to shut it off. That’s how good Riseborough is. Her depiction of a woman on the brink (of crashing, of disaster, of death) is so achingly absorbing and heartfelt that it seeps into your bones. Anyone who has struggled with alcohol, or watched it take down someone they care about, can’t help but see the realism in Leslie’s pattern of perpetual self-immolation.

But what’s especially impressive about her work is that Riseborough doesn’t go overboard on the pathos in playing a tragic figure who is so mercurial and tortured. If anything, she underplays things, which makes it even more powerful. It’s the quiet moments when we see the despair in her moistening eyes that make such a difference. The way she depicts a Southern white trash figure is reminiscent of Holly Hunter’s earlier work. A key difference is that Hunter really is from the deep south, while Riseborough hails from the northeast of England.

Also helping Riseborough immensely is a surprisingly potent supporting cast that includes Allison Janney and Stephen Root as Leslie’s former best friends, Nancy and Dutch, and comedian and podcaster extraordinaire Marc Maron as Sweeney, a kind motel proprietor who extends a hand to rescue Leslie seemingly against his better judgment. Everyone here acquits themselves with style and substance, and Riseborough and Maron display a quirky chemistry that works beautifully in telling the story.

(SPOILER HERE) Things get a little bit predictable in “To Leslie” as the film goes along. We can tell a mile away that the heartwarming part is coming. But that’s more on writer Ryan Binaco’s otherwise sterling script than on Riseborough, whose tour de force leaves you feeling like you’ve just watched a fresh-faced newcomer rather than an established international performer. Her work sneaks up on you, so natural that it catches you off-guard. She compels us to watch a woman in the throes of alcoholism slowly work her way back to sanity, traveling through desolation and shame to wind up against all odds at redemption. We go on the full journey with her, and due to Roseborough’s acting gifts, it’s singularly riveting.

Will it ultimately lead to an Oscar nomination for the star? She’s understandably still quite the longshot but it’s certainly possible, given that Riseborough had, as of this writing, moved into eighth place in Gold Derby’s combined Oscar count for Best Actress with 72/1 odds. It’s an especially crowded and talented field in the category this year, between Cate Blanchett, Michelle Yeoh, Danielle Deadwyler, Michelle Williams, Viola Davis and Ana de Armas. But if enough voters want Riseborough to rise from nowhere and crash this party, it will be so.