One reason that makes Angela Bassett‘s Best Supporting Actress Oscar nomination for “Black Panther: Wakanda Forever” so unique is that it’s the first-ever such notice for a Marvel Cinematic Universe performance. (Yes, MCU fans, the curse is broken!) Another reason is that it marks exactly 29 years since Bassett last contended at the 1994 Academy Awards. Talk about a long time coming.

Three decades ago, Bassett was nominated in Best Actress for her performance as Tina Turner in the biopic “What’s Love Got to Do with It,” a role that won her a Golden Globe. On Oscar night, Al Pacino handed over the trophy to Holly Hunter (“The Piano”), leaving co-nominees Bassett, Stockard Channing (“Six Degrees of Separation”), Emma Thompson (“The Remains of the Day”) and Debra Winger (“Shadowlands”) in her dust. Watch the Oscars flashback video above.

“I’m so overwhelmed to be with that group of actresses — it just slays me,” Hunter declared at the podium. The actress steamrolled through that 1993 awards season for her role as Ada McGrath, an electively mute woman who utilizes her piano to communicate. Hunter won the BAFTA Award, the Drama Golden Globe and countless critics’ prizes on her way to the Oscars.

Even so, Bassett was “a strong sentimental favorite” to prevail, notes Gold Derby founder Tom O’Neil on page 614 of his book “Movie Awards” (2003). She had claimed the Comedy/Musical Golden Globe and the Image Award, and would have made history as the first Black Best Actress winner at the Academy Awards. (That honor eventually went to Halle Berry for 2001’s “Monster’s Ball”).

“What’s Love Got to Do with It” scored just two Oscar bids for Best Actress (Bassett) and Best Actor (Laurence Fishburne), losing both. Comparatively, “The Piano” was nominated for eight Oscars and won three: Best Actress (Hunter), Best Supporting Actress (Anna Paquin) and Best Original Screenplay (Jane Campion). Campion also received a bid for directing that period piece, but lost to Steven Spielberg (“Schindler’s List”) and then had to wait another 28 years before finally claiming her Best Director Oscar for Netflix’s “The Power of the Dog” (2021).

In the 29 years since last appearing at the Oscars, an “overdue” narrative has definitively formed around Bassett’s name. How is it possible that she’s never yet claimed her own golden statue? Sure, she’s kept busy with movies like “Waiting to Exhale” (1995) and “Sunshine State” (2002) and TV shows like “American Horror Story” and “9-1-1,” but awards lightning simply never struck. Until now.

Director Ryan Coogler‘s highly anticipated “Black Panther” sequel brings back Bassett’s Queen Ramonda as she keeps charge of Wakanda after the death of her son, King T’Challa. Obviously, the real-life backstory is that Chadwick Boseman died shockingly in between the first and second movies, and so all of the pain and emotion you see on screen on Queen Ramonda’s face was coming from a place of truth.

Despite the film being a comic book adaptation (those don’t typically scream “awards”), kudos groups are falling over themselves to give Bassett prizes. She’s already won the Golden Globe and Critics Choice Awards, and the SAG Awards and BAFTAs are up next, followed by the Oscar finishing line. Like Holly Hunter 29 years ago, is it now Angela Bassett’s turn to steamroll through awards season? 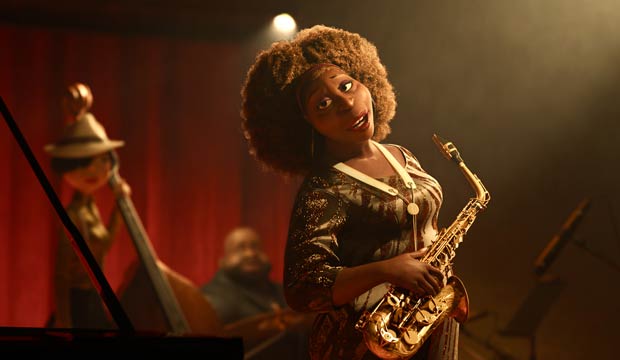