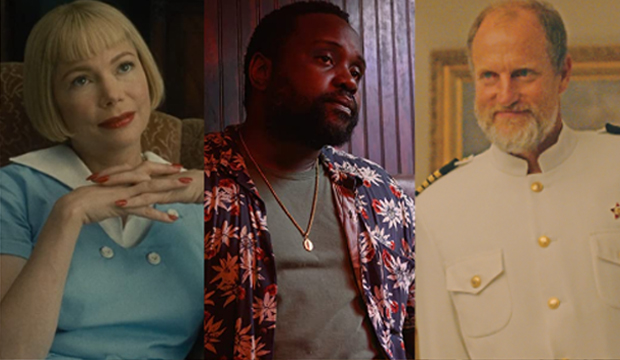 When the 2023 Oscar nominations were announced on January 23, Gold Derby’s predictions turned out to be mostly accurate. We saw nine of the 10 Best Picture contenders coming and achieved perfect scores in five categories: Best Actor, Best Supporting Actress, Best Original Screenplay, Best Makeup & Hairstyling, and Best Visual Effects. Although our odds were spot on in most cases, there were still 28 nominations across the 23 categories that surprised us.

Nearly all of our misses were close calls, meaning that, based on the combined projections of our users, editors, and experts, they had better than 100/1 odds but ranked outside of their respective top fives (or top 10 in the case of Best Picture). This applies to 22 of the 28 shockers, including Best Picture nominee “Triangle of Sadness” and acting contenders Brian Tyree Henry (“Causeway”), Andrea Riseborough (“To Leslie”), and “The Fabelmans” pair Michelle Williams and Judd Hirsch.

The remaining half dozen unexpected bids were given seemingly insurmountable 100/1 odds. The only above-the-line success story of this kind involves “Triangle of Sadness” director Ruben Östlund, who made it in instead of “All Quiet on the Western Front” helmer Edward Berger. We also did not anticipate either “Everything Everywhere All at Once” music shortlist mention to pan out, but it managed to land in both Best Original Score and Best Original Song.

Below is a categorical breakdown of the 28 nominations that did not align with our predictions. Check out the complete list of 95th Oscars nominees.

BIG SURPRISES
These contenders earned nominations despite 100/1 odds from our users.

Best Documentary Feature
“A House Made of Splinters”

CLOSE CALLS
These contenders had better than 100/1 odds but were excluded from our final predictions.

Best Costume Design
“Everything Everywhere All at Once”