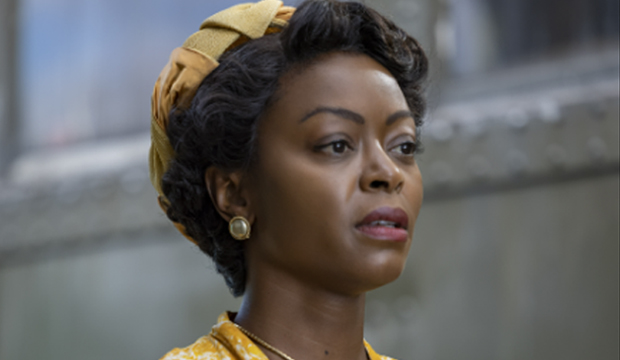 On the face of it, it looked as if the Academy Awards got it right in the nominations on Tuesday in terms of diversity and inclusion. Not only did “Everything Everywhere All at Once” score the most noms of any film with 11 – including Best Picture – it also earned honors for three of its actors of Asian descent: Michelle Yeoh for lead actress, Ke Huy Quan for supporting actor and Stephanie Hsu for supporting actress,  along with a Best Director slot for one of “Everything Everywhere’s” two Daniels, Daniel Kwan. That’s not to mention a fourth Asian actress, Hong Chau, nominated in supporting for “The Whale.” This is a full twenty percent of the 20 available slots in the four acting categories.

Moreover, Yeoh is the first Malaysian performer and only the second Asian woman ever to be nominated for Best Actress. The first, Merle Oberon, a film star who was forced to cover up her South Asian roots to thrive, came way back in 1936 for “The Dark Angel.”

SEE2023 Oscar nominations by film: ‘Everything Everywhere All at Once’ leads with 11

Yet any congratulations were counterbalanced by a renewed charge of #OscarsSoWhite, the hashtag that went viral in 2015 and 2016 when all 20 of the Oscar-nominated actors and actresses were white. It was a case of the film academy taking one step forward and allegedly one back, as the perception was that the healthy Asian representation came Tuesday at the expense of African American exclusion as well as that of women.

Specifically, it was about the fact that Danielle Deadwyler was snubbed for “Till” and Viola Davis for ‘The Woman King” in lead actress while a Caucasian performer from the UK, Andrea Riseborough, crashed the list in a major surprise for the microbudget indie “To Leslie.” Plus, “Woman King’s” director Gina Prince-Blythewood (a woman of color) was passed over in Best Director, which has an all-male nominee list. (Snubbed too in directing was the white Sarah Polley, whose film “Women Talking” is nominated solely for picture and for her adapted screenplay.)

Those re-invoking the racial inequity accusation appear to have a valid point. There are just two African Americans among the acting nominees: Angela Bassett in supporting actress for “Black Panther: Wakanda Forever” and Brian Tyree Henry in supporting actor for “Causeway.” What makes the Deadwyler and Davis snubs more apparently egregious is the fact both actresses were nominated at the SAG Awards and Critics Choice Awards, and Davis at the Golden Globes as well. Both performances have been acclaimed and honored throughout awards season but now ignored at the Oscars. There is also just a lone Latina performer among the 20: the Cuban-born Ana de Armas, nominated in lead for “Blonde.”

In point of fact, while white is certainly white, there are more actors and actresses from Ireland (five) than there are white Americans (four) in the acting races. There are also two who are British by background (Riseborough and Bill Nighy), one from Australia (Cate Blanchett) and one born to Canadian parents (Brendan Fraser). If you put it all together, you have seven nominated performers who are non-white (including the four of Asian descent) and another seven who are European. That’s 70% who don’t fit the American white person mold. This is not to discount the concerns and charges of those who decry the lack of diversity on the list, just that it isn’t always as (pardon the expression) black and white as it may appear.

Yes, Kwan is the only directing nominee who isn’t a white male, though Martin McDonagh (for “The Banshees of Inisherin”) is British-Irish and Ruben Ostlund (“Triangle of Sadness”) is Swedish. No, white doesn’t mean only white American, but international diversity is a form of diversity all the same. To that end, beyond acting and directing, Kazuo Ishiguro, a Japanese-born novelist and screenwriter who has lived in Britain since childhood, received an adapted screenplay nomination for “Living,” while M.M. Keeravaani and Chandrabose from India were nominated for Best Song for “Naatu Naatu” from “RRR,” adding further Asian representation to the mix.

This is, again, not meant to at all minimize either the generally shameful diversity record of the Oscars over the years or the appearance of perceived tokenism and exclusion this time. Strides surely come in fits and starts. The point is, when it comes to inclusion, progress is nonetheless being made, even if it doesn’t always appear that way. It’s just tough when one victory can look like it’s coming at the expense of another. It’s also heartbreaking that we’re still having this conversation at all.