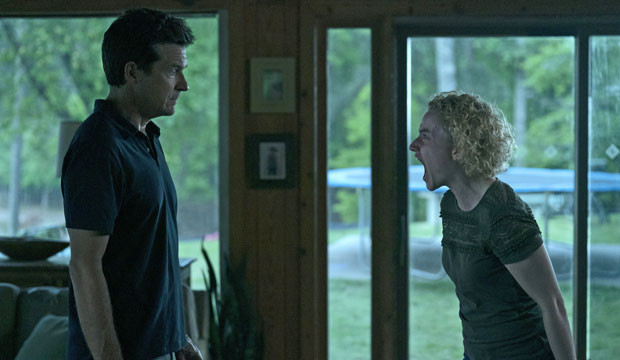 The 2023 Screen Actors Guild Award nominations were announced in the early hours of Wednesday, January 11 in nine television categories and six film races. On the TV side, Netflix’s “Ozark” absolutely dominated as it received four overall citations. Not to be outdone, HBO’s “Barry,” AMC’s “Better Call Saul” and Hulu’s “Only Murders in the Building” each received three mentions. Read on for all of the SAG Award TV nominations.

This marks the final at-bat for “Ozark,” which ended in April after four seasons on the air. This year, Netflix’s gritty drama about drug laundering earned a cast ensemble bid as well as one nom for drama actor (Jason Bateman) and two noms for drama actress (Laura Linney and Julia Garner). Only Bateman has won a solo SAG Award before — in fact, he’s won two.

Season 3 of “Barry,” HBO’s hitman-turned-actor comedy, scored nominations for cast ensemble plus two solo bids for comedy actor (Bill Hader and Anthony Carrigan). The show went to darker depths this year as Barry’s true identity was found out by those around him, including his acting coach (Henry Winkler) and his loving girlfriend (Sarah Goldberg).

The last season of “Better Call Saul” is hoping to emulate the success of its parents series “Breaking Bad,” which won for ensemble and for lead actor (Bryan Cranston) for its final year. Now, “BCS” Season 6 has been recognized a total of three times: a cast citation as well as two drama actor mentions (Bob Odenkirk and Jonathan Banks).

The only other program to nab a trio of SAG Award nominations was “Only Murders in the Building.” Besides the ensemble getting in, Season 2 of the whodunnit mystery also scored a pair of solo noms for its co-leads (Steve Martin and Martin Short). Once again, however, the third corner of the acting hilarious triangle (Selena Gomez) was snubbed.

The following TV shows all reaped ensemble cast bids and one solo nom: “The Crown” and Elizabeth Debicki, “Severance” and Adam Scott, “The White Lotus” and Jennifer Coolidge, “Abbott Elementary” and Quinta Brunson, “The Bear” and Jeremy Allen White, and “Hacks” and Jean Smart.

And the five stunt ensembles recognized this year are: “Andor,” “The Boys,” “House of the Dragon,” “The Lord of the Rings: The Rings of Power” and “Stranger Things.”

The 29th SAG Awards will be broadcast live on Netflix’s YouTube channel on Sunday, February 26 at 8 p.m. ET / 5 p.m. PT from the Fairmont Century Plaza in Los Angeles. A ceremony host has yet to be named.