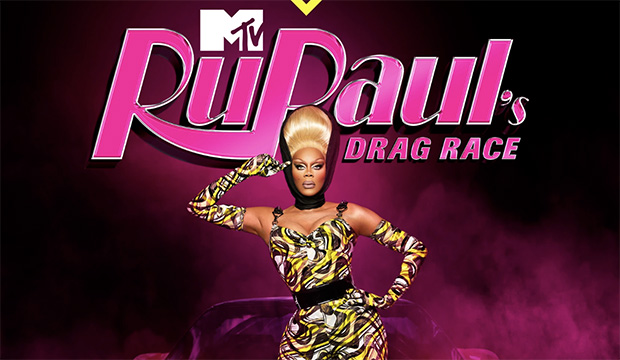 On January 6, “RuPaul’s Drag Race” season 15 premiered with the Werk Room entrance of 16 all new queens. Divided into a faux “split premiere” over the course of an epic two-hour, two-part episode, two groups of eight queens met on the rehearsal floor ahead of an introductory “One Night Only” talent showcase.

Seated at the judges’ dais was Emmy winning host RuPaul Charles, longtime bestie Michelle Visage and recurring host Ross Mathews. They were joined by pop mega star Ariana Grande, returning as guest host for the second time since she met the queens of season 7 in 2015.

As always, the premiere began with the grand entrance of the queens into the Werk Room. Though this year’s kick-off was ultimately combined into a faux split premiere, only eight queens met each other in the first entrance sequence. The first group included Irene, Luxx, Aura, Marcia, Anetra, Malaysia, Poppy, and Sasha. Highlights from their meet-and-greet were Irene and Aura’s willingness to throw shade at Luxx for her “40-inch wig” claim and Marcia’s “basic” style. The group was star-struck when Sasha entered the room–she is a 20-year veteran in the community, a former Miss Continental, drag mother to Kerri Colby, and an overall legend. Sasha’s light was only dimmed by the entrance of a ninth queen dressed in a recreation of Vivacious and Ornacia’s entrance look who revealed herself to be Ariana herself!

Shortly after Ariana joined the queens, Ru entered for the first time to escort the queens to the set of their first mini challenge, a photo shoot with photographer Albert Sanchez in a recreation of the first ever challenge on the show. After posing next to a red mustang while being sprayed with water hoses by the Pit Crew, Ru chose Irene as the winner over surprised camera-ready fashion girls Luxx and Sasha.

Next, Ru asked the girls to prepare for their first maxi challenge, a talent extravaganza “One Night Only” where they’d each get to present to the judges an introductory performance to show off their capital T talent. Before that solo presentation, they’d have to create their own choreography for a “big opening” group number. On the set of their group number rehearsal, both Marcia and Aura put their hat in the ring to lead the group in choreography. At first Aura allowed Marcia to spearhead the movements, but later steamrolled into the spotlight and overtook the leadership role in a rejection of Marcia’s ideas.

Meanwhile back in the freshly cleaned Werk Room, the eight other queens prepared their own entrance. In this group was Salina, Amethyst, Jax, Loosey, Mistress, Robin, and twins Sugar and Spice. Within this group were three queens from Connecticut that all knew each other–Amethyst, Loosey and Robin. Popular on social media as TikTok queens, Sugar and Spice were known by most of the other girls as well, but weren’t eager to feed their egos. This group was also joined by a mysterious ninth queen, but this time it was actually Vivacious who arrived to usher in Ru to meet the queens.

Once again, Ru led the girls to their mini challenge. The second photo shoot was appropriately in honor of the season 2 photo shoot where queens were blasted with strong winds. The set built with the intention of creating hairography moments worked well for everyone except Spice who decided to remove her wig and wear a shower cap instead. That confusing decision didn’t pay off for her and instead Loosey was selected as the winner.

After introducing the second group to the “One Night Only” maxi challenge, Ru popped in on the first group’s rehearsal to shock them with the first twist of the season: the split premiere wasn’t real and all 16 queens would be appearing in the big opening number together. With the whole group in one room for the first time, Ru explained that they’d have to choreograph and perform the opening number as one group and then all 16 would present their talent solo performance and walk the runway before the judges would send one of them home… “for reals.”

Already halfway into their plans for the opening number, the first group of eight took the lead in weaving in the second group of eight. Unfortunately, the dust hadn’t settled between Marcia and Aura and by now Malaysia and Irene were also trying to get their voices heard. The second group of queens was not having the multiple voices so Mistress spoke up about the group needing only a single voice in leadership to get the larger group all on the same page.

Once the rehearsal sessions was complete, the 16 queens re-entered the Werk Room to claim their work spaces and get a glimpse of each other’s style as they each unpacked their many boxes of supplies. We learned that Sugar and Spice are notorious for taking a long time to paint their faces, Amethyst uses pancake-sized hip pads, and that Luxx’s 40-inch wig is in fact not 40 inches. With young queens like the twins and Luxx who got their drag start on social media next to veteran queens like Malaysia, Sasha and Mistress that raised themselves up in the trenches of the bar scene, the cast was clearly divided between the varying levels and types of drag experiences.

For the talent show on the Main Stage, the 16 queens opened the night with a pageant-inspired group number that allowed each of them to show a small bit of their personal style. That was followed by the back-to-back presentation of all 16 solo performances. Sidelining creativity in order to perform in their comfort zone, a vast majority of the queens simply presented a straight-forward lip sync performance of a pre-recorded song. The only queens to slightly step out of the box and do something different were Loosey who sang live, Marcia who danced some ballet, Irene who poured a glass of ice water, Anetra who incorporated Taekwondo, Poppy who brought along a parasite puppet, and Jax who weaved in acrobatics.

After the queens’ first trip down the catwalk in the “Who Is She?” introductory category, Ru and the judges held back the six that made up their tops and bottoms for the week. Those six were Irene, Marcia, Anetra, Amethyst, Jax and Loosey while the other 10 were declared safe for another week. Michelle complimented Irene’s talent idea and her immaculate sense of style, but the entire panel agreed that she hit the wrong beats in the ice water joke and so it was completely devoid of the humor it should have had. On the other hand, the judges thought that Marcia’s skit about a ballerina with a nighttime crush on Ross was very funny and well-performed. Ru was a huge fan of both Anetra’s “walk that f-ing duck” catchphrase paired with the Taekwondo kicks and Jax’s gymnastics and jumping rope bits, telling them that she would watch their performances on repeat all night long. Amethyst was called out by Ru for not padding her body enough and then advised that padding helps create the illusion that they want to see in drag. Ariana’s favorite performance seemed to be Jax’s gag-worthy moment of using her braids as a jumping rope, which she called a “game changer” and said “something shifted in the universe.” Last, the judges applauded Loosey for taking the risk of singing live, but told her the decision impaired her ability to dance with a higher energy level and that ultimately her vocal was pitchy.

Following further discussion among themselves, Ru and judges announced that Anetra was this week’s winner. Marcia and Jax were given safety as the other two in the group of tops. From the bottom three, safety was given to Loosey which left Irene and Amethyst as the bottom two set to face off in the Lip Sync for Your Life. In honor of Ariana’s return to the show, the bottom two performed to her hit song “7 Rings.”  As a huge fan of the song already, Amethyst was anxious about performing in front of Ariana but was able to put the nerves aside to deliver a fitting interpretation of the song with a slow tempo hip hop vibe. Irene incorporated twerking and a floor performance in to her own moves, but overall her energy and take on the song was much more subdued. Ultimately, Ru decided that Amethyst was the winner to stick around and gave Irene the season’s first “sashay.”

NEXT WEEK: The queens divide into small groups to sell Ru on their “vision of the after life” in “All Queens Go to Heaven” spoof videos.