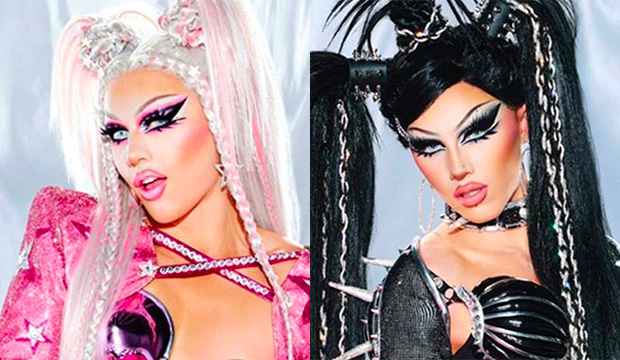 At the end of episode 4 of “RuPaul’s Drag Race” season 15 on January 20, the inevitable head-to-head between twins Sugar and Spice happened, perhaps earlier than expected, and RuPaul Charles made the tough decision to split them up by sending Sugar home. Do you think Sugar was the right queen picked for elimination in “Supersized Snatch Game”? Vote in our poll below to tell us if the judges made the right choice.

In a surprisingly early installment of “Snatch Game,” Sugar and Spice were grouped together in the second cast of characters. Sugar portrayed internet star Trisha Paytas and Spice chose to play as Miley Cyrus. Both girls managed to squeeze themselves into a lot of the banter during the game, but when it came to the judges’ critiques they were told that they came off as “interruptive” at times. The judges also thought neither made the right choices in terms of the true comedic aspects of their chosen characters. Amandla Stenberg wished Spice would have settled more into the earlier career moments of Miley and Michelle Visage wondered why Sugar didn’t include any food jokes with her Trisha interpretation.

Also in the bottom three was Aura Mayari who barely escaped the lip sync after playing an underwhelming version of Bretman Rock. Aura had a strong runway look in the “Beautiful Nightmare” category which may have been her saving grace. Marcia Marcia Marcia on the other hand returned to the catwalk with another drab look, but placed in the top three with a funny portrayal of Tim Gunn. Another queen that might have found herself in the bottom this wee was Sasha EsTitties whose horny version of The Virgin Mary was chaotic and at times more confusing than Spice’s hammer-wielding Miley.