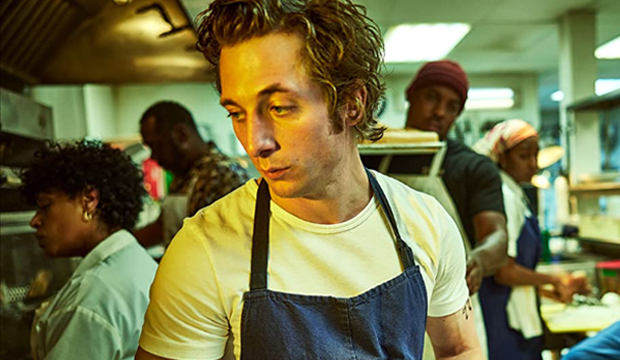 Once the 2023 Screen Actors Guild Award nominations were revealed, our forum posters (many of whom are industry insiders) were quick to share their thoughts about the television performances that were recognized and those that were ignored. In particular, folks celebrated the solid showing by “The Bear” as well as the surprise inclusion of “Barry” actor Anthony Carrigan. Other unexpected nominations, such as the one Sam Elliott received for “1883,” left users scratching their heads or even seething, while others lamented the complete “Pam and Tommy” shutout.

Below is just a sampling of our readers’ brutally honest SAG Awards reactions to the nominees in the nine TV categories. Take a look, then join in if you’re brave enough. The film and TV winners will be revealed on February 26 during a live show that will be available to watch on Netflix’s YouTube channel. No host has yet been announced. Gold Derby’s predictions center is open, so make your first picks right now.

boss: “The White Lotus” is deservedly a bigger player than “House of the Dragon.”

Marcus Snowden: “Better Call Saul” having a good showing is awesome. I just want it to win something for once, even though I feel like it won’t happen here.

Atypical: The whiplash of “House of the Dragon” winning the Golden Globe for Drama and being skunked at the SAGs lmao.

Chfrik: Sad that Elisabeth Moss missed. She was at her prime this season.

Ivo Stoyanov: Julia Garner vs. Zendaya should be the Clash of the Titans.

BEST COMEDY ENSEMBLE
Nate: I am really disappointed at “The Marvelous Mrs. Maisel” missing out in ensemble for the likes of “The Bear.”

Babygirl: “THE BEAR” IN ENSEMBLE OMFGGGGG IM SO THRILLED.

leftyouthere: I’m happy that “Barry” managed to overcome that three year pandemic-induced break that kind of sunk some shows.

kat_ebbs: Honestly I love the Carrigan nom. As someone who isn’t huge on “Barry,” Carrigan’s my favourite in it.

Allan Veríssimo: I suppose we can dispel any doubts we might still have had about Jenna Ortega. Her Emmy nomination seems assured to me.

lenatroid: The blatant Selena Gomez snub is beyond ridiculous.

vinny: Sam Elliott is a choice. Nothing against the legend but he is not exactly setting the world on fire with that performance.

forwardswill: So happy about Emily Blunt!

wolfali: I’m honestly just so happy for Blunt that I honestly don’t care that these are otherwise a crazy set of nominations.