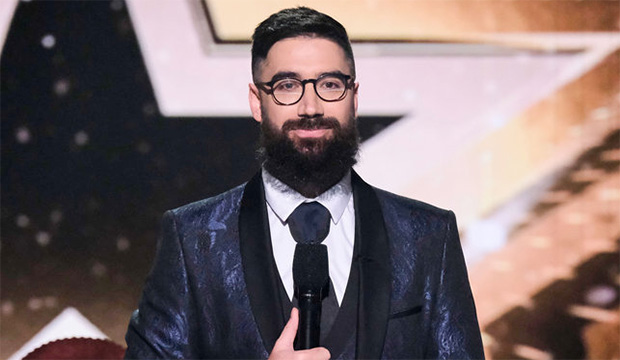 The last time mentalist Peter Antoniou appeared on “America’s Got Talent” in Season 16, he received a red X from Simon Cowell in the live semifinals when his act didn’t go according to plan. Flash-forward to “America’s Got Talent: All-Stars,” and Peter now admits that Simon is a “curveball” when it comes to judging his mentalism. “I’m really hoping that this performance wins Simon back over and makes him regret pushing that buzzer,” he declared before stepping onto the big stage. Long story short? Unfortunately, Peter received yet another X from the cranky British judge, which prompted the audience to boo in frustration.

The act began with the London, UK contestant announcing, “The reason that I’m a psychic today is because of my aunt. She used to host these tea parties where she’d read tealeaves, psychically divining questions and concerns from members of the public. And I’d like to show you what one of those is like tonight.” He then brought up some volunteers from the audience: Terry Crews, Howie Mandel and a young girl named Grace.

Peter asked Howie to write down a question on a piece of paper, and then show it to the crowd. It read: “Will my son Alex find someone to marry soon?” He tore up the paper and put it inside a teapot on the table so it could “brew” with the tea. Peter then drank the tea and correctly guessed Howie’s question.

Grace’s job was to come up with a question that only she would know the answer to, and then she put her finger in the cup of tea so Peter could drink it and obtain the knowledge. Amazingly, it worked, and he was able to deduce the name of her future child: Summer.

When Peter moved over to Terry to start the final part of the performance, Simon rolled his eyes and hit his red X, looking bored to death. “That’s fine, we’ll keep going,” Peter said on the stage. The mentalist asked Terry what his shoe size was, and when the host responded “Size 14,” Peter revealed the bottom of the tea cup which stated exactly that number.

Everyone went back to their seats, where Howie immediately asked his co-judge, “Why? I think you are 100% wrong, Simon.”

“I’ll tell you why,” Simon explained. “Because it’s not always about the finish. It’s getting there. And how you got there wasn’t very good, in my opinion.” Cue the boos from the audience members. Simon continued, “Because it takes too long. I think it’s your lack of showmanship. I really, really do.”

Heidi Klum disagreed, proclaiming, “I think you have great showmanship.” And Howie interjected, “I’m telling you, it is so exciting to have somebody read your mind.” But Simon brushed them off, saying the act was “boring.”

At the end of the episode, the superfans proved they disagreed with Simon when the voted Peter Antoniou into their Top 3 along with “AGT” saxophonist Avery Dixon and “Dominicana’s Got Talent” singer Keren Montero. The winner ended up being Avery, with Peter coming in second and Keren placing third. Do YOU think Simon was dead wrong by calling Peter boring? Sound off down in the comments section.