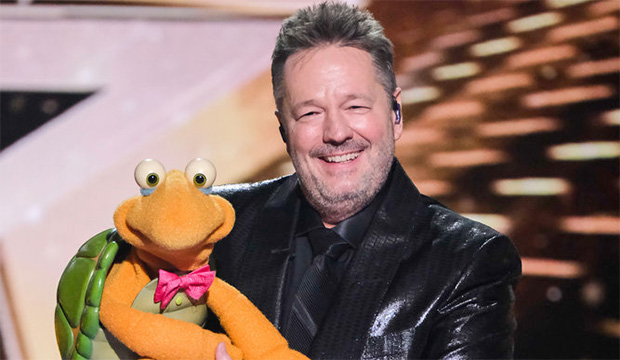 Simon Cowell made a bold confession during the premiere episode of “America’s Got Talent: All-Stars” when he tells superstar ventriloquist Terry Fator that the reality TV show only happened because he signed on. “I’m gonna let you in to a little secret,” the British judge explains. “When we decided to make ‘All-Stars,’ we had one condition: We’re only gonna do it if you competed. Seriously. Because we just thought, if you’re gonna say we’ve got the best of the best, then you’ve gotta get the best of the best. And I have so much respect for you and so much gratitude.”

“AGT: All-Stars” is a spin-off of NBC’s popular summer series “America’s Got Talent,” and it welcomes back contestants from all around the world for another shot at the crown. Terry Fator, who originally won way back in Season 2, is one of four American winners competing on the new show. The others are singer Kodi Lee (Season 14), spoken word artist Brandon Leake (Season 15) and magician Dustin Tavella (Season 16).

“Terry, in terms of variety, you have inspired more contestants than anyone on any show around the world,” Simon states when Terry first steps onto the stage. “You know, you didn’t have to come back and compete on this show. Why did you?”

The ace ventriloquist replies, “Because 15 years ago I started to inspire people. Now I’ve got a whole new set of audience and fans out there to inspire. We’ve gotta keep inspiring people. That’s why I’m here.”

Terry recalls that he started doing ventriloquism when he was just 10 years old. People didn’t take him seriously as he performed at fairs and schools, and he was often living paycheck to paycheck. “I went into the audition of ‘America’s Got Talent’ when I was 42 years old thinking, this is it,” he says. “I don’t know if I’m ever gonna get another shot at this.” Terry now considers himself to be living “happily ever after” with his enormous $100 million Las Vegas contract.

For his act, Terry’s puppet Winston belts out “The Prayer” by Andrea Bocelli in Italian, even though Terry himself claims he doesn’t know any Italian. Winston gets a big laugh when he tells Simon he needs to “cut his fingernails” after practicing with him earlier. After the opera song concludes, Winston expresses his desire to sing with Elton John, and sure enough, an Elton puppet pops up with his trademark piano. Together, the two puppets sing a duet of the Dua Lipa version of “Rocket Man.”

Howie Mandel notes how it’s “not a fluke” Terry won “AGT” and that it’s a “dream come true” to have him back on the big stage. Heidi Klum calls him a “legend” and the “O.G. of ventriloquists,” adding it’s an “honor” to see him perform.

Despite Simon urging the superfans to vote for Terry, he only comes in second place to acrobats Bello Sister. Thus, Terry is shockingly eliminated from the competition. But don’t fret just yet — there is still one wild card spot left to be awarded for the finale. Do you think Terry deserves to be that wild card act for “America’s Got Talent: All-Stars”?