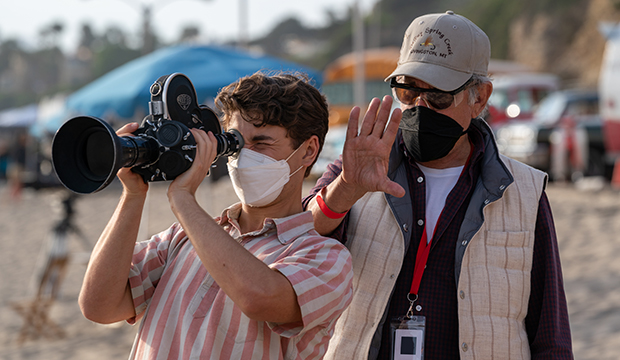 Steven Spielberg picked up his ninth Best Director Oscar nomination on Tuesday for “The Fabelmans,” and with it, he has also moved up the all-time nominees list. The two-time champ has now tied Martin Scorsese for the second most nominations behind William Wyler‘s record of 12.

While Wyler holds the record for most nominations, he does not have the record for most wins. That belongs to John Ford, who took home four statuettes from five nominations (and is portrayed in “The Fabelmans” by David Lynch). Spielberg can tie Wyler and Frank Capra at three wins. He’s currently one of 18 people with two Best Director Oscars.

Spielberg is up against Martin McDonagh (“The Banshees of Inisherin”), Daniel Kwan and Daniel Scheinert (“Everything Everywhere All at Once”), Todd Field (“TÁR”) and Ruben Östlund (“Triangle of Sadness”). A three-time nominee on Tuesday, Spielberg also received bids for Best Picture as a producer on “The Fabelmans” and Best Original Screenplay, shared with co-writer Tony Kushner. The latter marks his first Oscar nomination for writing. “The Fabelmans” earned seven nominations total.