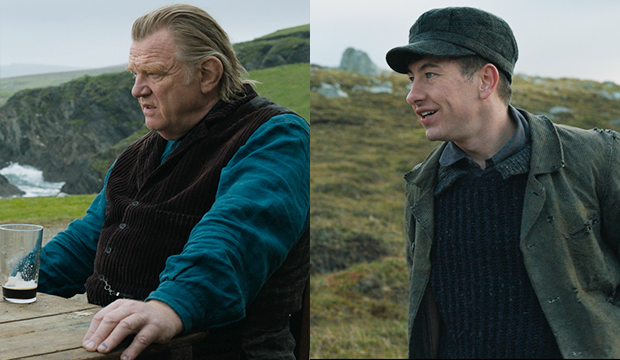 The Best Supporting Actor Oscar category is seeing double yet again. Brendan Gleeson and Barry Keoghan received nominations as expected for their turns in Martin McDonagh‘s “The Banshees of Inisherin” on Tuesday, marking the fourth consecutive year a film has received double bids in the category.

“Banshees” is the 22nd film to achieve this, but most remarkably, five of them have occurred in the last six years after a 26-year dry spell. “Bugsy” (1991) produced noms for Harvey Keitel and Ben Kingsley, but the category went without co-star nominees until McDonagh’s “Three Billboards Outside Ebbing, Missouri” (2017) yielded bids for Sam Rockwell and Woody Harrelson. After none the following year, Al Pacino and Joe Pesci garnered comeback noms for “The Irishman” (2019). Two years ago, Oscar voters shocked us all by nominating Daniel Kaluuya and LaKeith Stanfield — you know, they who played the title characters in that two-hander “Judas and the Black Messiah” — in supporting. And last year, two of “The Power of the Dog’s” 12 nominations were in this category for Kodi Smit-McPhee and Jesse Plemons.

This is the first time there’s a four-year streak of double nominees in Best Supporting Actor, but this record has already been set twice in Best Supporting Actress, the category in which multiple nominees from one a film are the most common — the 36th instance occurred Tuesday with bids for “Everything Everywhere All at Once” stars Jamie Lee Curtis and Stephanie Hsu. The first streak was with 1947’s “Gentleman’s Agreement” (Celeste Holm and Anne Revere), 1948’s “I Remember Mama” (Barbara Bel Geddes and Ellen Corby), a twofer in 1949 with “Come to the Stable” (Celeste Holm and Elsa Lanchester) and “Pinky” (Ethel Barrymore and Ethel Waters), and 1950’s “All About Eve (Holm and Thelma Ritter). The second streak was more recent with 2008’s “Doubt” (Amy Adams and Viola Davis), 2009’s “Up in the Air” (Vera Farmiga and Anna Kendrick), 2010’s “The Fighter” (Adams and Melissa Leo) and 2011’s “The Help” (Jessica Chastain and Octavia Spencer).

By Tuesday, the double “Banshees” nominations were widely expected after Gleeson and Keoghan hit every major precursor. But earlier in the season, it was another film that was predicted to score a pair of bids: “The Fabelmans” for Paul Dano and Judd Hirsch. At a certain point, it seemed like both films could nab double noms, a la “Come to the Stable” and “Pinky.” In the end only Hirsch made it. Ke Huy Quan (“Everything Everywhere All at Once”) and Brian Tyree Henry (“Causeway”) round out the lineup.

In the previous 21 cases, only seven times has someone triumphed over their co-star, the two most recent being Rockwell and Kaluuya. Chances are we won’t see an eighth this year as Quan has been steamrolling in supporting actor.