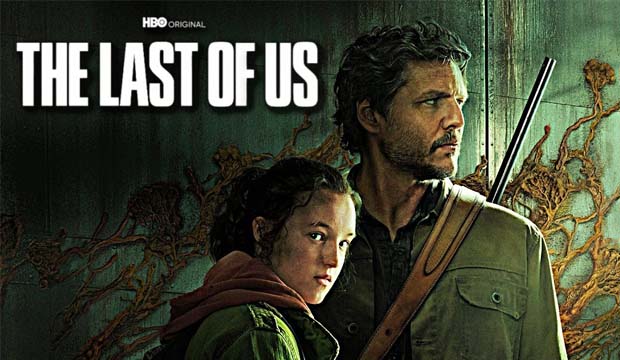 On January 15, 2023, ‘The Last of Us” launched on HBO. The post-apocalyptic thriller based on the video game franchise of the same name follows Joel (Pedro Pascal) and Ellie (Bella Ramsey), a pair connected through the harshness of the world they live in, as they are forced to endure brutal circumstances and ruthless killers on a trek across America.

The drama series was created and written by Craig Mazin and Neil Druckmann. The ensemble cast includes Gabriel Luna, Merle Dandridge, Nick Offerman and Murray Bartlett. With an excellent rating of 99% on Rotten Tomatoes, the critics consensus reads, “Retaining the most addictive aspects of its beloved source material while digging deeper into the story, The Last of Us is bingeworthy TV that ranks among the all-time greatest video game adaptations.” Read our full review roundup below.

Brian Lowry of CNN writes, “A road series with mini-dramas baked into the episodes, the HBO show quickly proves itself worthy of the hype and anticipation by delivering a fully realized series graced with flesh-and-blood characters.” The concept is not new but “The Last of Us” expands on it even further as “Series creators Craig Mazin (an Emmy winner for “Chernobyl”) and Neil Druckmann (co-president of the award-winning game’s maker, Naughty Dog) initially construct that story around one family, flaring out to chronicle the outbreak’s ramifications around the globe, with a 20-year palette from which to choose.” The leads are praised as they grapple not only with the horrifying world in which they live, but their past as well. “’The Last of Us’ is just the latest iteration of imagining a world gone mad, emphasizing the personal dramas that unfold against that backdrop. Yet despite the limits of past game-to-TV/movie translations, the first season exhibits the kind of delicacy and depth that suggests we won’t be seeing the last of it for some time.”

Alex Maidy of JoBlo’s Movie Network praises the series as “a faithful recreation of the video game that retains the dynamic characters and world players loved while expanding the drama and horror to new levels. This is a masterpiece of storytelling that elevates what those who have played the games have already experienced and opens up the story for anyone who doesn’t have a Playstation.” Maidy adds, “Rather than belaboring the years in between, the series delivers the story’s genesis and then skips right to the meat of the tale. Clocking in at a feature-length eighty-one minutes, the premiere episode does not focus on the infected monsters, which is not the point of this series.” Once more, the leads are praised. “Pascal, who already had reached peak pop culture status with his stoic turn on ‘The Mandalorian,’ here plays a similar character and guardian to a young child who has a higher purpose. Pascal conveys both a paternal warmth as well as a quiet intensity that balances with Bella Ramsey‘s smart-ass yet whipsmart Ellie. Ramsey, who wowed audiences with her turn in ‘Game of Thrones’ as well as in 2022’s ‘Catherine Called Birdy,’ is perfect as Ellie and lends a different yet equally wonderful approach to her character as the original game did.” He concludes, “’The Last of Us’ is a stunning accomplishment of writing, directing, and acting that once again has HBO raising the bar on what television can do. This series defies genre categorization and is just an all-around great series.”

Keith Phipps of TV Guide begins by calling the film a “striking post-apocalyptic drama” and the praise does not end there. “Even Craig Mazin (Chernobyl), who serves as this new HBO adaption’s co-creator alongside Druckmann, speaks of it in intimidating terms, describing the original game as ‘the Lawrence of Arabia of video game narratives.'” Phipps notes, “The series’ best episode, its third, even forgets about Ellie and Joel for much of its running time, focusing instead on Bill (Nick Offerman), a government-fearing survivalist who treats the apocalypse as a chance to live as he’s always wanted to live: alone. But he finds that belief challenged by the arrival of Frank (Murray Bartlett), who shows up at Bill’s doorstep hungry and desperate after losing his traveling companions. Unfolding over the course of years, it’s a complete, satisfying, and heartbreaking story within the larger narrative.” He concludes, “Maybe the seasons beyond this one will find more time to see what’s going on after the end of the world beyond the scope of the beloved game it adapts faithfully and well.”

Brian Tallerico of RogerEbert.com praises both the series and the video game franchise, stating, “The journey of ‘The Last of Us’ is reminiscent of projects like ‘Children of Men’ and ‘The Road’ in how it captures a decimated civilization through the eyes of small groups that travel through it. The structure of an episodic season allows creators Neil Druckmann (who co-created the game) and Craig Mazin (“Chernobyl”) to tell Joel & Ellie’s story in well-defined chapters.” He continues, “A show like this doesn’t work without relatable human emotion at its center. Not only does Pascal find that, but so does future star Ramsey, who reminds me of a young Jodie Foster in her raw, in-the-moment truth. We believe Joel and Ellie are experiencing the events of ‘The Last of Us’ as they unfold, even when we gamers know what’s going to happen, which is essential to its success.” In closing he writes, “In many ways, it’s a perfect story for where we are in 2023, picking up the pieces of the last few years and finding what’s important to us again.”