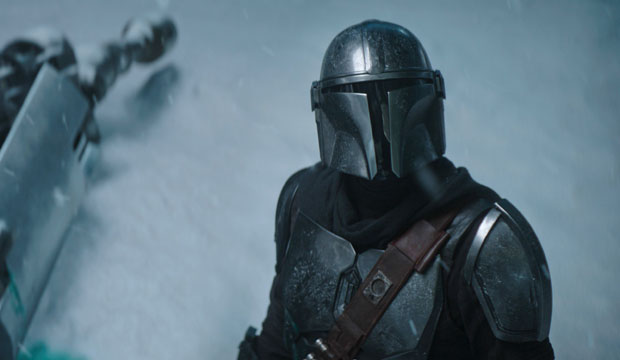 A galaxy far, far away just got a little bit closer.

Late Monday night, Disney released the first trailer for Season 3 of “The Mandalorian” – and also revealed the show’s return date and its impressive list of episode directors.

First, the date: New episodes of “The Mandalorian” will start streaming on Disney+ on March 1. The third season will consist of eight episodes.

Here’s the synopsis of where things stand heading into the new season: “The journeys of the Mandalorian through the Star Wars galaxy continue. Once a lone bounty hunter, Din Djarin has reunited with Grogu. Meanwhile, the New Republic struggles to lead the galaxy away from its dark history. The Mandalorian will cross paths with old allies and make new enemies as he and Grogu continue their journey together.”

Grogu, of course, is known colloquially online as “Baby Yoda.” Din Djarin is played by Pedro Pascal, who is also starring on the HBO hit series “This Is Us” in a role that’s similar to his breakout Star Wars turn. (On that series, which will still be airing on HBO when “The Mandalorian” debuts, Pascal plays a gruff former soldier who is tasked with protecting a young girl across a post-apocalyptic landscape.)

In addition to the new teaser trailer (which can be seen below), Disney also announced the roster of directors for the third season. Returning filmmakers include Rick Famuyiwa and Bryce Dallas Howard. New additions for Season 3 include Rachel Morrison (the Oscar-nominated cinematographer who worked on the Marvel hit “Black Panther”), Lee Isaac Chung (the Oscar-nominated director of “Minari”), Carl Weathers (who stars on the show), and Peter Ramsey (the Oscar-winning co-director of “Spider-Man: Into the Spider-Verse”). Jon Favreau and Dave Filoni return as executive producers.