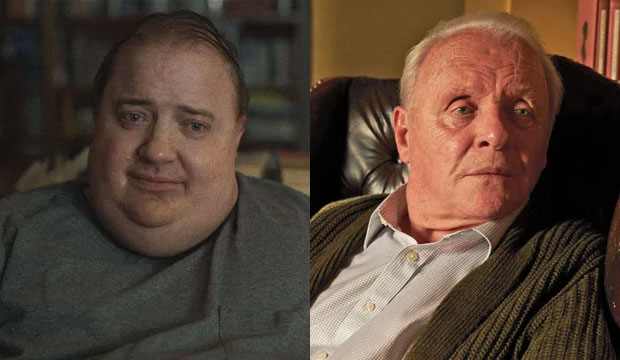 Earlier in the season I thought “The Whale” would mostly factor in at the Oscars as a performance vehicle for Brendan Fraser, who has been widely praised for his portrayal of an obese man trying to reconnect with his teenage daughter (Sadie Sink). Then the film was nominated for Best Picture by the Producers Guild of America, which made me wonder if instead we’re looking at “The Father” redux.

Both “The Whale” and “The Father” were adapted from plays with scripts written by the playwrights themselves — Samuel D. Hunter penned “The Whale,” Florian Zeller co-wrote “The Father.” Both are intimate dramas set in limited locations. Both center on a relationship between a father and daughter. Both have protagonists in declining health. And both were slow to build awards momentum before emerging as major Best Picture contenders.

And the two films could end up with eerily similar Oscar results. “The Father” received six bids including Best Picture, Best Actor (Anthony Hopkins), Best Supporting Actress (Olivia Colman), and Best Adapted Screenplay. It won for Hopkins and its script.

This year the PGA nomination for “The Whale” suggests that it may be nominated for the Oscar for Best Picture. Fraser is all but guaranteed a nomination for Best Actor. Hong Chau earned SAG Award and BAFTA nominations and thus could be on her way to a Best Supporting Actress Oscar bid. And the script ranks among our top five contenders for Best Adapted Screenplay. Fraser is the current front-runner to win his race, and “The Whale” could potentially be the most nominated film in its writing category, so it could win that too.

That would give “The Whale” and “The Father” mostly the same nominations and the same wins. Do you agree that “The Whale” is on that Oscars track? 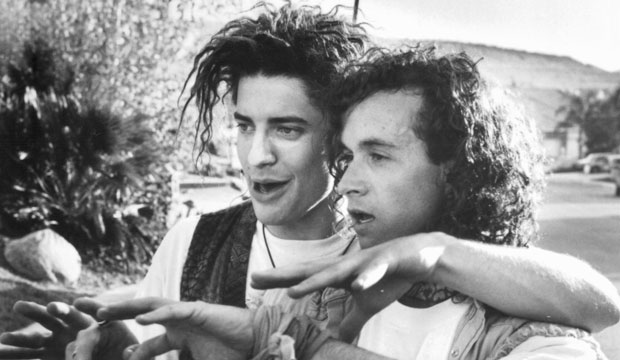