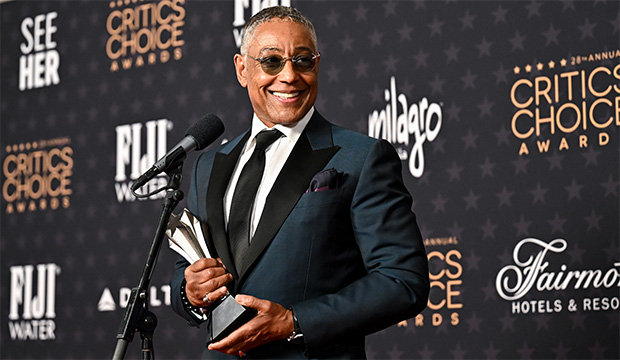 Sunday night at the Fairmont Century Plaza Hotel in Los Angeles, the 2023 Critics Choice Awards doled out dozens of trophies in film and television categories. Gold Derby’s racetrack odds predicted that the two big TV winners would be ABC’s elementary school mockumentary “Abbott Elementary” and Hulu’s limited series “The Dropout” about real-life fraudster Elizabeth Holmes — but how did the actual winners list compare to our forecasts? 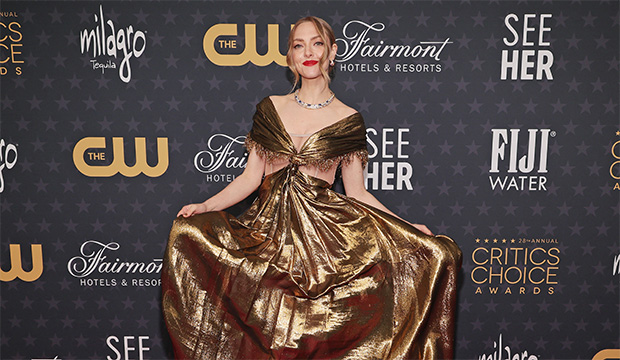 Next up on the TV side was Best Drama Supporting Actor and Best Drama Supporting Actress, which were strangely announced together at the same time. Giancarlo Esposito (“Better Call Saul”) and Jennifer Coolidge (“The White Lotus”) were the victors. Esposito previously won a Critics Choice Award for this same role for “Breaking Bad” in 2012, while Coolidge took home a prize last year for the first season of “Lotus” in the limited series category.

Ready for more double doses of supporting? The trophies for Best Limited Supporting Actor and Best Limited Supporting Actress were awarded to Paul Walter Hauser (“Black Bird”) and Niecy Nash-Betts (“Monster: The Jeffrey Dahmer Story”). Hauser is coming off a Golden Globe win for this same project and mentioned his late co-nominee Ray Liotta, while Nash-Betts screamed “In your face!” to all of her doubters throughout her career as she clutched her first major acting award. 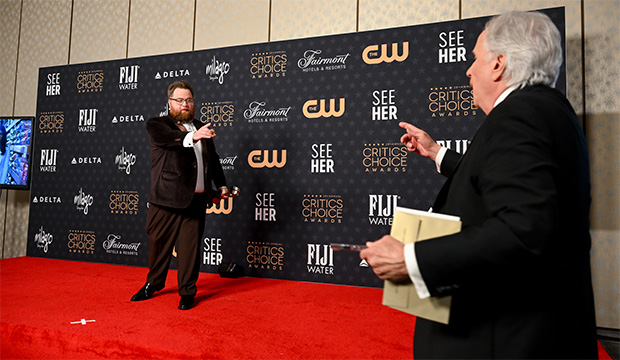 And here we go again with a dual announcement of Best Comedy Supporting Actor and Best Comedy Supporting Actress. And the winners were … Henry Winkler (“Barry”) and Sheryl Lee Ralph (“Abbott Elementary”). They’re both Emmy champions for these roles already, with Winkler triumphing three years ago and Ralph claiming victory at the most recent ceremony. “When you look in the mirror, you better love what you see,” Ralph declared at the podium. “How do you follow that?!” joked Winkler.

Best Limited Actor was the next television category, with Daniel Radcliffe (“Weird: The Al Yankovic Story”) pulling off a huge victory for the Roku telefilm. The former “Harry Potter” star was fourth place in our odds behind Sebastian Stan (“Pam and Tommy”), Ben Whishaw (“This Is Going To Hurt”) and Andrew Garfield (“Under the Banner of Heaven”), and ahead of Ben Foster (“The Survivor”) and Samuel L. Jackson (“The Last Days of Ptolemy Grey”). Alas, Radcliffe was not in the audience to accept his prize.

The first leading comedy category bestowed was for Best Comedy Actor, with front-runner Jeremy Allen White (“The Bear”) repeating his recent Golden Globe triumph for the FX on Hulu hit series. Next up for White is the SAG Awards, where he’s also the favorite to win, and then September’s Emmy Awards. The other contenders were Bill Hader (“Barry”), Steve Martin (“Only Murders in the Building”), Keegan-Michael Key (“Reboot”), Matt Berry (“What We Do in the Shadows”) and D’Pharaoh Woon-A-Tai (“Reservation Dogs”). 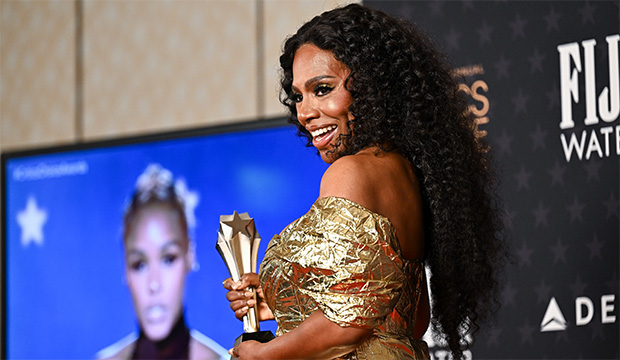 Best Comedy Series was up next with “Abbott Elementary” pulling out a victory, as expected, on its first at-bat. That follows its recent Golden Globe win for the ABC mockumentary. The also-rans in this category were “The Bear,” “Barry,” “Hacks,” “Reservation Dogs,” “Reboot,” “Better Things” and “Ghosts.” Showrunner Quinta Brunson highlighted school teachers in her acceptance speech and reiterated, “I love comedy.”

Moving on to Best Drama Actor, Bob Odenkirk (“Better Call Saul”) won his third career trophy after claiming this same category in 2015 and 2016. He made sure to thank his children, who infamously told him to take the role or he would “disappoint a lot of people.” Odenkirk beat out co-nominees Adam Scott (“Severance”), Jeff Bridges (“The Old Man”), Diego Luna (“Andor”), Antony Starr (“The Boys”) and Sterling K. Brown (“This Is Us”).

Now for the Best Drama Actress race, where Zendaya (“Euphoria”) continued her awards sweep after taking home two Emmys and a Golden Globe. She wasn’t in the room to give an acceptance speech — bummer. The other leading ladies in this category were Mandy Moore (“This Is Us”), Laura Linney (“Ozark”), Christine Baranski (“The Good Fight”), Kelly Reilly (“Yellowstone”) and Sharon Horgan (“Bad Sisters”).

Time for a biggie: Best Drama Series. For the first time ever, at any awards show, AMC’s “Better Call Saul” claimed the top trophy. Wow! Showrunner Peter Gould accepted the trophy, exclaiming, “I can’t believe we won! We never win!” The other nominees in this top race were “Severance,” “The Crown,” “House of the Dragon,” “Andor,” “Euphoria,” “Yellowstone,” “The Good Fight” and “Bad Sisters.”

The final television race of the night was Best Limited Series, with Hulu’s “The Dropout” pulling out a big triumph. Showrunner Elizabeth Meriwether joked, “Thank you, Mike White, for not being nominated in this category … I think I’m gonna throw up just breadsticks.” The co-nominees in this competition were “Station Eleven,” “Pam and Tommy,” “This Is Going To Hurt,” “Under the Banner of Heaven,” “The Girl from Plainville,” “Gaslit” and “The Offer.”

*”The Dropout” (limited series and actress for Amanda Seyfried)