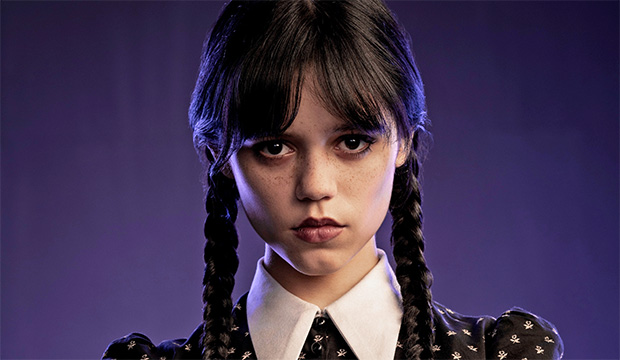 One of the most popular shows in the history of Netflix will get a second season. On Friday, the streaming service renewed “Wednesday,” weeks after the Addams Family series captured the zeitgeist thanks to its premise and lead performance from Jenna Ortega.

Speaking to Netflix’s own internal media outlet, Tudum, creators, showrunners, and executive producers Alfred Gough and Miles Millar said, “It’s been incredible to create a show that has connected with people across the world. Thrilled to continue Wednesday’s tortuous journey into season two. We can’t wait to dive headfirst into another season and explore the kooky spooky world of Nevermore. Just need to make sure Wednesday hasn’t emptied the pool first.”

“Wednesday” focuses on the Addams family’s deadpan daughter. Or more specifically, via Netflix: “The series is a sleuthing, supernaturally infused mystery charting Wednesday Addams’ years as a student at Nevermore Academy, where she attempts to master her emerging psychic ability, thwart a monstrous killing spree that has terrorized the local town, and solve the murder mystery that embroiled her parents 25 years ago — all while navigating her new and very tangled relationships at Nevermore.”

Tim Burton is an executive producer on “Wednesday” and directed multiple episodes.

In addition to the Season 2 renewal, Netflix sent along a bevy of self-supplied data about the show’s success. Among the notable figures, “‘Wednesday’ is now one of the most successful series ever on Netflix. It ranks #2 on the Most Popular (English) TV list with 1.237 Billion hours viewed within its first 28 days.”

And: “‘Wednesday’  crossed the 1 billion hour view mark only three weeks after debut – joining ‘Stranger Things 4’ and ‘Squid Game’ as the third title to reach this milestone within its first 28 days.”

The streamer claims, “The series broke the record for the most hours viewed in a week for an English-language TV series on Netflix – not once, but twice – when it debuted in the #1 spot with a record-breaking 341.23M hours viewed, and again in its second week with a staggering 411.29M hours viewed.”

The first season of “Wednesday” is streaming now on Netflix.